NEW YORK (AP) — Pitcher Wade Miley was claimed off waivers by the Chicago Cubs from Cincinnati on Friday, a surprising cost-cutting move by the Reds.

His $15 million, two-year contract includes a $10 million option for next season with a $1 million buyout.

Miley is 97-92 with a 4.15 ERA in 11 years in the majors. He also has pitched for Arizona, Boston, Seattle, Baltimore, Milwaukee and Houston.

Among potential free agents, All-Star third baseman José Ramírez’s $12 million’s option was exercised by Cleveland. The Indians declined a $7 million option on catcher Roberto Pérez, who gets a $450,000 buyout.

Outfielder Adam Duvall became eligible for salary arbitration. The Braves, who acquired him in July from Miami, exercised his $7 million mutual option, but he declined it and triggered a $3 million buyout. 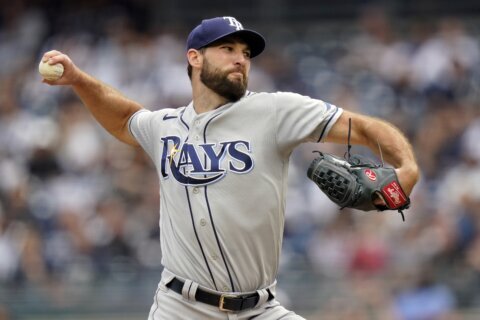