On the clock: Positive reviews for pitch clocks in minors

CARLSBAD, Calif. (AP) — Famous for being counted in outs instead of minutes, baseball might soon be ready to go on the clock.

Officials from Major League Baseball were encouraged by experiments with pitch clocks in the minor leagues this season, and executives at this week’s general manager meetings in Southern California have largely been on board with adopting a timer between pitches to help speed pace of play.

“The pitching clock has always been something I’ve been interested in,” Seatte president of baseball operations Jerry DiPoto said Tuesday. “It’s something that we’ve slowly been implementing over time in baseball, and I think has a chance to really be a positive on both time of game and the action that we’re seeing on the field, which is what we’re trying to get as an industry.”

The pitch clock was tested at Low-A West in 2021 and helped shrink the average time of nine-inning games to 2 hours, 41 minutes, compared to 3:02 in games without a clock.

The timer was set at 15 seconds with the bases empty and 17 seconds with runners on base, with 30 seconds between batters and 2:15 between half-innings and for pitching changes.

The average time of a nine-inning major league game was a record 3:10:07 during the regular season, with postseason games averaging 3:37:13 and World Series games at 3:37:59.

The proposal remains active and MLB has the right to unilaterally adopt on-field rule changes with more than one year’s notice. Commissioner Rob Manfred said during the World Series he hopes to get union approval for a pitch clock system as part of this round of collective bargaining talks, but noted MLB kept a clock proposal on the negotiating table.

Other ideas tested this season — like an automated strike zone, overhauling rules for pitchers holding baserunners and limits on defensive positioning — are likely to require more experimenting.

The only concern remaining about the pitch clock is getting players used to working that quickly.

“You want to make sure that it doesn’t have, like I said, unintended consequences of guys rushing or guys not getting used to that pace or things like that,” Astros general manager James Click said. “But speeding up the pace of game is certainly something that is very popular out there.”

“I think that whatever rules we agree upon, these guys will adjust to,” Blue Jays GM Ross Atkins said. “That would not be a concern of mine.”

Hall of Fame pitcher John Smoltz said during the World Series that he thinks batters are more at fault than pitchers for the time between pitches, with hitters frequently stepping out of the box.

“Yes, there are probably 10% of the pitchers that are really, really slow, but it’s the whole process of information, the constantly having to look at things,” he said. “The game has gotten complicated for them with technology and information.”

Yankees general manager Brian Cashman said he thinks any adjustment period to the pitch clock would be short.

“Like anything else, it seems like whatever they decide to negotiate or implement or however you want to phrase it, it just becomes the new norm,” he said. “At first there’s the big outcry of something different, and then it becomes part of the normal culture, so I don’t worry about it.” 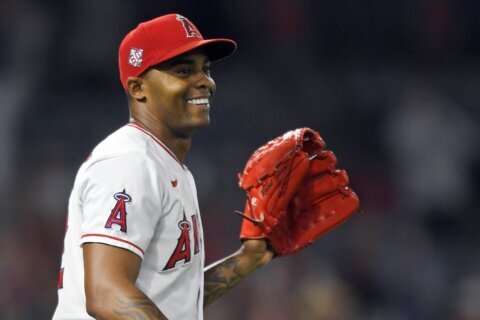