CARLSBAD, Calif. (AP) — Houston Astros center fielder Jake Meyers had surgery Wednesday to repair a torn labrum in his left shoulder, an injury that could delay his 2022 season.

The 25-year-old was hurt on Oct. 12 in Game 4 of the AL Division Series at the Chicago White Sox when he tried to make a leaping catch at the wall on Gavin Sheets’ second-nning home run.

Meyers had hoped to return later in the postseason but did not play again. He was 3 for 8 with two RBIs against the White Sox.

Houston said Meyers is not expected to be ready for game competition before opening day.

Meyers started the season at Triple-A Sugar Land, made his big league debut on Aug. 1 and hit .260 in 49 games with six homers and 28 RBIs. 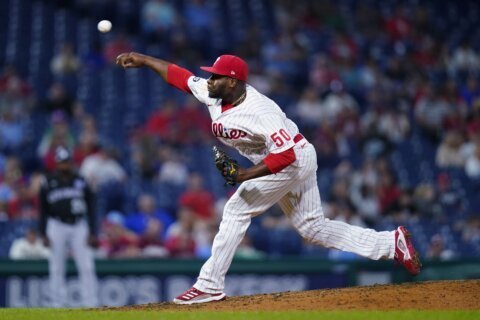