CHICAGO (AP) — The Chicago White Sox think pitcher Carlos Rodón will be healthy enough to help them in the playoffs after the All-Star left-hander was limited down the regular-season stretch.

“We remain optimistic that he’s going to be able to contribute over the course of the next month,” general manager Rick Hahn said Monday. “Obviously, given the amount of work that he has endured this season, the jump from the previous years, his strength and comfort and general level of soreness and fatigue is something that we continue to monitor.”

Hahn said Rodón will only pitch once during the best-of-five division series against the AL West champion Houston Astros that begins Thursday. If the White Sox advance, they’ll evaluate his workload on a series-by-series basis. He is scheduled to throw a bullpen session on Tuesday.

Rodón has a history of arm and shoulder injuries and threw just 28 innings over the final two months of the regular season. But he also played a big role as the White Sox ran away with the AL Central title at 93-69. They beat Cleveland by 13 games and finished with their highest win total since the 2005 World Series championship team went 99-63.

“What shouldn’t be lost in all this is we’re sitting here today as the division champs thanks in large part to Carlos’ contribution over the course of the last six months,” Hahn said. “He along with our training staff and coaches I think deserve a world of credit for putting him in a position to succeed and demonstrate to the the world what he’s capable of doing when he’s fully healthy. Obviously, down the stretch here we had to be cognizant of the workload, how Carlos was feeling, and adjusted.”

Hahn said Lance Lynn or Lucas Giolito will start Game 1 at Houston on Thursday. He also said slugger José Abreu has been dealing with a “non-COVID illness” since Saturday, but should be full go for the series. 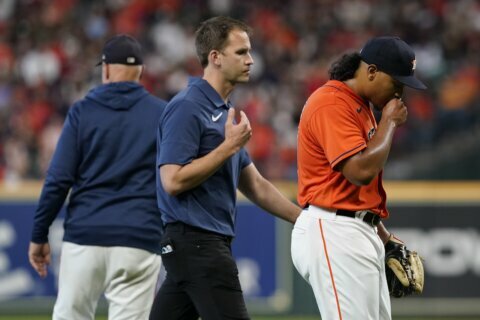 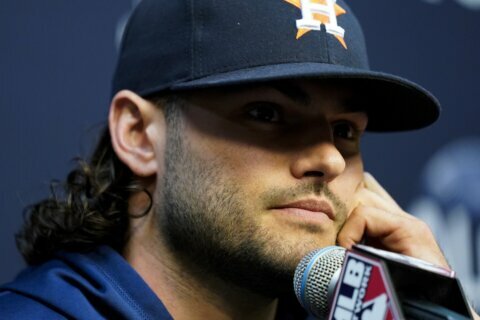