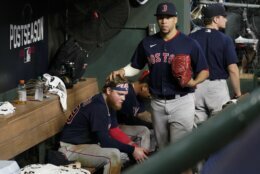 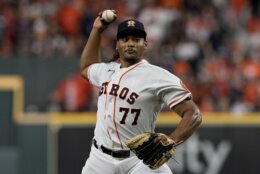 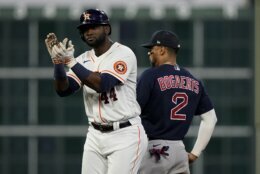 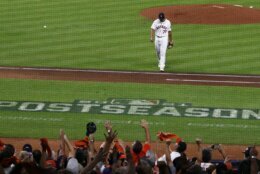 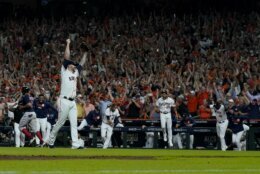 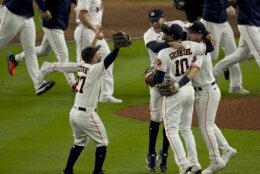 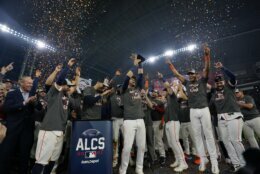 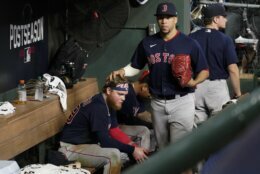 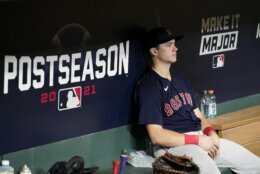 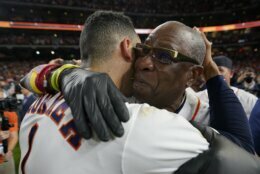 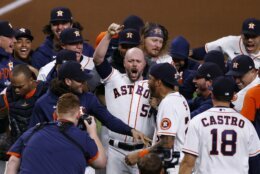 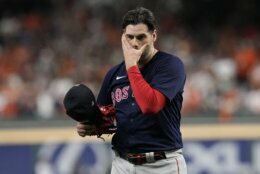 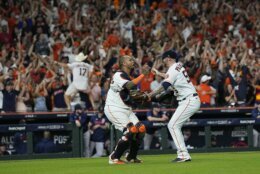 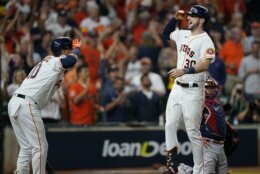 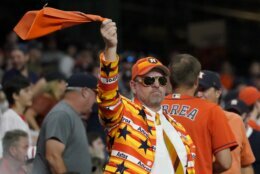 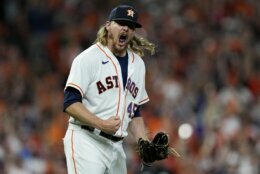 HOUSTON (AP) — Two of the youngest Houston Astros stars helped one of baseball’s oldest managers get another shot at a most elusive title.

Rookie Luis García showed the poise of an October ace, MVP Yordan Alvarez did more damage at the plate and the Astros earned yet another trip to the World Series, beating the Boston Red Sox 5-0 Friday night in Game 6 of the AL Championship Series.

García and Alvarez, both 24 and ascending, and 72-year-old manager Dusty Baker will open the World Series on Tuesday night, either at Dodger Stadium or home against Atlanta. The Braves lead Los Angeles 3-2 in the NL Championship Series going into Game 6 Saturday night.

The Astros advanced to the World Series for the third time in five seasons. They won the championship in 2017, a crown tainted by the team’s sign-stealing scandal, before losing to the Washington Nationals in seven games in 2019.

García pitched no-hit ball into the sixth inning, leaving to a huge ovation with two outs after a triple by Kiké Hernández. It was an impressive bounce-back performance for García, who started Game 2 and gave up a grand slam in the first inning before leaving with no outs in the second because of discomfort in his right knee.

“I know I’m a rookie but I know what I can do and that’s what I did tonight,” García said.

Alvarez continued his scorching streak, a year after watching at home after surgery to both knees as the Astros came one game shy of reaching the World Series. The slugging designated hitter went 4 for 4, including a triple and two doubles. He led a Game 5 win with three hits and three RBIs.

Álvarez hit an ALCS-record .522 (12 for 23) with one homer, three doubles, the triple and six RBIs in Houston’s six-game victory. He got nine hits in his last 13 at-bats.

Catcher Martín Maldonado made the defensive play of the game on a strikeout-throwout double play to end the seventh with Houston ahead 2-0.

It will be Baker’s second trip to the Fall Classic as a manager and first since leading the San Francisco Giants to the NL pennant in 2002. As a player, he went three times with the Dodgers, winning it all in 1981.

For Houston, it was a team victory featuring all facets of the game it used in taking the AL West title and beating the Chicago White Sox in the AL Division Series. The Astros won the clincher, too, without a hit from stars Jose Altuve and Carlos Correa — Alex Bregman got two hits and scored a run.

“We have a little bit of everything,” Altuve said.

Boston’s best shot to score came in the seventh. The wild-card Red Sox had runners at first and third with one out in after a single by Alex Verdugo. But Kendall Graveman struck out pinch-hitter Travis Shaw and Maldonado made a perfect throw to Correa, who was covering second, to beat Verdugo there and end the inning.

Maldonado beat his chest with glee as Graveman and Correa both pumped their fists in celebration to roars from the crowd of 42,718.

Kyle Tucker broke it open with a three-run homer with two outs in the eighth. Television cameras flashed to Houston’s Hall of Fame duo of Craig Biggio and Jeff Bagwell, who stood together and cheered as Tucker rounded the bases.

Asked to describe these Astros, Biggio, who led the team to its first World Series said simply: “They’re just good.”

Ryan Pressly closed it out in the ninth. The Red Sox, who looked so formidable at the plate at the start of the season, were held to two hits in their final game.

“I think we’re definitely disappointed right now,” Red Sox starter Nathan Eovaldi said. “We obviously wanted to win this game and win the series and go on the to World Series. No one expected us to be here. We proved a lot of people wrong.”

Bregman singled with two outs in the first before the double by Alvarez put the Astros up 1-0. Hernández was in position to make the catch, but it hit off his arm below his glove and dropped in for the hit.

Consecutive romps by Boston and its bashers made it appear that the Red Sox were in complete control of the series after Game 3, but as the long fly by Alvarez proved, they didn’t have a firm grip on things.

The Astros, buoyed by their young pitchers and rediscovered offense, won the next two games by a combined 18-3 to return home a win away from a World Series.

“It’s a relentless team,” Correa said. “We stick together. We’re a family. We fight back and we never give up.”

Framber Valdez pitched the Astros to a Game 5 win at Fenway Park, then their rising stars, García and Alvarez, did the rest.

Alvarez tripled with no outs in the sixth to chase Josh Taylor and Tanner Houck plunked Correa. Tucker then smacked a grounder right at first baseman Kyle Schwarber who tagged Correa for the unassisted double play as Alvarez slid safely into home to make it 2-0.

Eovaldi got the win in a solid Game 2 start but was charged with the loss in Game 4 after giving up the go-ahead runs after coming in with the game tied in the ninth.

On Friday, he permitted five hits and one run as the Red Sox lost a playoff game when started for the first time after entering the game 5-0 in his starts.

García was the first pitcher to take a no-hitter into sixth of a potential playoff clincher since the Mets’ Noah Syndergaard got two outs in sixth against the Giants in 2016 NL wild-card game.

García allowed Schwarber to reach on a wild pitch after a strikeout to open the game and walked Verdugo with one out in the second. He settled in after that, sitting down the next 13 with five strikeouts, before Hernández got Boston’s first hit on a triple with two outs in the sixth. García finished with seven strikeouts.

Phil Maton took over and retired Rafael Devers to end the inning.

Boston manager Alex Cora has heard the speculation that the Astros are relaying signs from the bases and said the Red Sox protect themselves against that.

Cora knows better than most about Houston’s sign-stealing history having been the team’s bench coach during the 2017 season when they were found to have violated rules by using a television camera to steal catchers’ signs.

The Astros will make their fourth World Series appearance. They lost in their first try, swept by the White Sox in 2005.