Coronavirus News: The nuance of dealing with COVID-19 | New cases in Montgomery Co. | 'Is It Normal Yet' Podcast: A perfect storm | Latest cases in DC region
Home » MLB News » Indians' Rosario breaks up…

CLEVELAND (AP) — Indians shortstop Amed Rosario singled with one out in the seventh inning Wednesday night to break up a no-hit bid by Twins rookie Joe Ryan, who is making just his second major league start.

The 25-year-old Ryan retired the first 19 hitters in order and was flirting with a perfect game before Rosario lined a clean single to left field on an 0-1 pitch.

Ryan was bidding to pitch the record ninth no-hitter in the majors this season, topping the mark set in 1884 — the first year overhand pitching was permitted. He was acquired in July from Tampa Bay when the Twins sent slugger Nelson Cruz to the Rays.

He was with Team USA at the Olympics at the time of the deal and went 1-0 with a 1.74 ERA over two starts in Tokyo. The right-hander made his major league debut against the Cubs on Sept. 1 and pitched three-run ball over five innings.

The Indians have been no-hit twice this season — first by Chicago’s Carlos Rodón on April 19 and then Cincinnati’s Wade Miley on May 7.

Before Rosario’s hit, the closest Cleveland came to getting a baserunner against Ryan came in the second inning, when slugger Franmil Reyes hit a hard grounder that third basemen Luis Arraez snagged and threw out Cleveland’s designated hitter.

There also have been a pair of seven-inning no-hitters this season, which don’t officially count in the Major League Baseball record book. 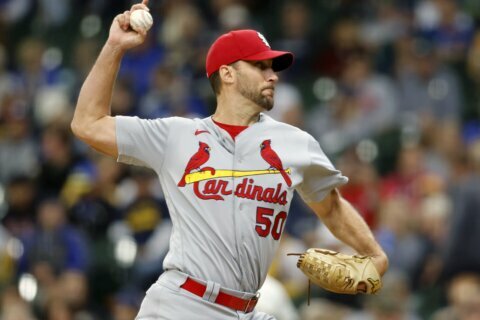