ST. PETERSBURG, Fla. (AP) — Rays veteran Kevin Kiermaier scooped up a data card that fell out of Toronto catcher Alejandro Kirk’s wristband during Tampa Bay’s 6-4 victory Monday night and refused to give it back to the Blue Jays.

Kiermaier was called out sliding into home during the sixth inning and saw a strip of paper lying next to him after the play. He casually picked it up and took it back to Tampa Bay’s dugout, where he discreetly handed it Paul Hoover, the club’s field coordinator.

“I never even looked at it, I’ll say that,” Kiermaier told Sportnet before Tuesday night’s game. “But at the same time, I’m not going to drop it or hand it back.”

Sportsnet reported Toronto sent a bat boy to the Rays dugout to ask for the card’s return. Tampa Bay did not send back the card, which likely included information about the Blue Jays’ plans to pitch to the Rays’ hitters.

There were no incidents when Kiermaier batted for the first time Tuesday, when he hit into a first-pitch double play.

Tampa Bay entered Tuesday seven games ahead of Boston and 8 1/2 ahead of Toronto for the AL East lead, with a magic number of five to clinch a second straight division title. The Red Sox and Blue Jays are in position for the AL’s two wild cards. 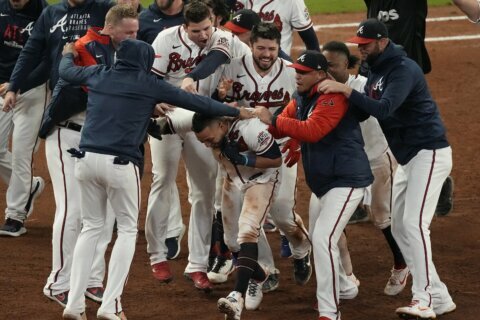 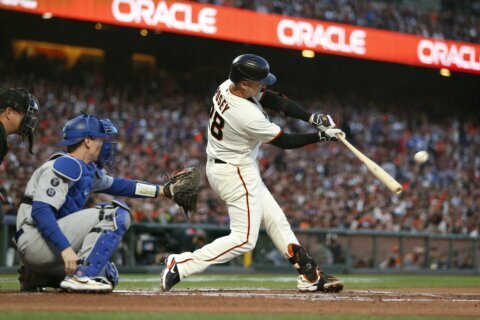