Milwaukee’s Burnes has no-hitter through 8 innings

CLEVELAND (AP) — Milwaukee ace Corbin Burnes has a no-hitter through eight innings in a dominant performance against the Cleveland Indians on Saturday night.

Burnes has 14 strikeouts and has overpowered the Indians, who could be on the verge of being no-hit for the third time in 2021.

Cleveland came closest to getting a hit with two outs in the eighth, but center fielder Lorenzo Cain made a sliding grab on Owen Miller’s sinking liner to right-center to keep Burnes’ no-no intact.

Burnes, who seemed to have to convince manager Craig Counsell to leave him in after seven innings, took a perfect game into the seventh before giving up a leadoff walk. He has thrown a season-high 115 pitches.

The 22-year-old Burnes is bidding to pitch the record ninth no-hitter in the majors this season, topping the mark set in 1884 — the first year overhand pitching was permitted. Burnes hasn’t lost since May 25.

He’s been in control from the start, striking out 11 of the first 14 hitters and retiring the first 18 hitters in order. However, he walked Indians leadoff hitter Myles Straw to start the seventh, ending his bid for perfection.

Burnes recovered from putting on his first baserunner, stranding Straw at second by striking out slugger Franmil Reyes for the final out in the seventh — his 13th strikeout. He has thrown 103 pitches.

The right-hander eclipsed 200 strikeouts for the season in the second inning and is having his way with a Cleveland team that has already been no-hit twice this season.

Juan Nieves pitched the only no-hitter in Brewers history in 2012.

A first-time All-Star this season, Burnes tied the major league record with 10 consecutive strikeouts in a game against the Chicago Cubs on Aug. 11.

The Indians have been no-hit twice this season — first by Chicago’s Carlos Rodón on April 19 and then Cincinnati’s Wade Miley on May 7.

Earlier this week, Cleveland didn’t a get a hit against Minnesota rookie Joe Ryan until there was one out in the seventh inning. 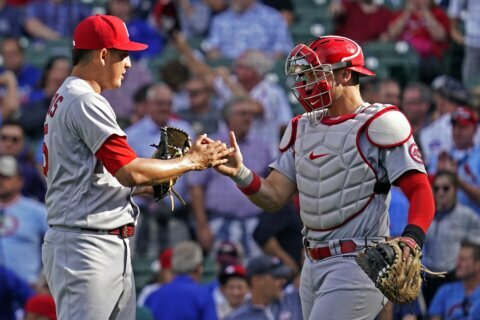