Díaz had an RBI single in the first inning and a three-run homer off Andrew Albers during a five-run second as the Rays went up 7-0.

“It was amazing to see,” winning pitcher Chris Archer said. “A lot of times you hear the saying, ‘hitting is contagious.’ It was contagious tonight.”

Franco broke a tie with Hall of Famers Mel Ott and Arky Vaughan for the third-longest streak by a player under 21 on his first-inning RBI single.

The 20-year-old Franco played after clearing MLB concussion protocols. He left Thursday’s game against Boston with a headache and sat out Friday night’s game with the Twins.

“He looked good to me,” Tampa Bay manager Kevin Cash said. “Play at high energy, making nice plays and just barrelling baseballs all over the field.”

Archer (1-1) allowed four runs and four hits over five innings in his third start after missing four months with forearm tightness. It was his first win since June 6, 2019, with Pittsburgh.

Dietrich Enns went the final three innings to get his first career save. He is the 13th Tampa Bay reliever with a save this year, which broke the major league record of 12 set by the 2020 Rays and 1973 Texas Rangers.

Minnesota got homers from Miguel Sanó and Jorge Polanco, who came within a triple of hitting for the cycle.

Sanó left in the fifth with a bruised left shoulder, one inning after colliding along the first-base line with Tampa Bay’s Mike Zunino, who had popped up.

Minnesota manager Rocco Baldelli said Sanó is a little sore and will have his status evaluated Sunday.

Polanco has 26 homers and is three away from tying the Twins single-season total for a switch-hitter set by Chili Davis in 1991.

Arozarena singled with two outs in the second, went to third on Franco’s double and scored when Albers was called for a balk.

After a lengthy discussion between Baldelli and the umpiring crew, Cruz was intentionally walked after Albers threw a pitch that landed in front of the plate. Díaz and Luplow followed with consecutive homers.

The umpires also called a balk on Albers in the first with Arozarena on third but after a discussion decided no infraction occurred. Franco then got his run-scoring hit.

“There was a little bit of confusion there,” Albers said. “I don’t throw from the windup. So the first time it was, they said that I didn’t pause, which was probably true. When I’m coming set, I don’t always pause with a guy on third base. So they asked me to declare whether I was from the stretch or from the windup and I said I was from the windup because I thought that was what they meant.”

“The second time through I got called for a balk because I did pause and there was just miscommunication and some confusion on my part,” Albers added. “I didn’t realize that I wasn’t allowed to pause. A little bit frustrating that way. Obviously that’s not what determined the game. I had to better than what I was always.”

The Rays homered twice in the second, third and fourth innings. Cruz hit his 444th career homer, and first since Aug. 17, in the fourth off Ian Gibaut.

Arozarena, who came within a double of hitting for the cycle, was OK after getting hit on the side of the helmet by Gibaut’s 84 mph changeup in the fifth.

Twins: Baldelli said C Mitch Garver (back) is working his way through some things and will not come off the IL in the next few days. … OF Trevor Larnach (bruised left hand) was put on the IL by Triple-A St. Paul.

Rays: OF Brett Phillips (ankle) and 1B Ji-Man Choi (hamstring) played with the rookie-level FCL Rays. 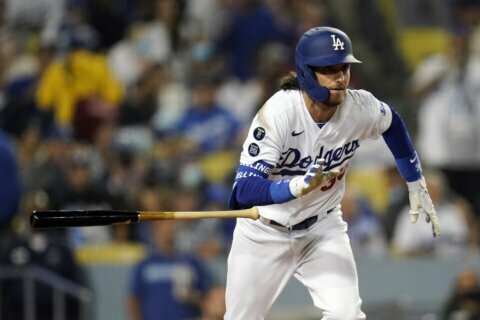