Scherzer scheduled to start for Los Angeles against Philadelphia

BOTTOM LINE: Chris Taylor and the Dodgers will take on the Phillies Tuesday.

The Phillies are 34-21 in home games in 2020. Philadelphia is averaging 4.4 RBIs per game this season. Rhys Hoskins leads the team with 68 total runs batted in.

The Dodgers have gone 31-25 away from home. Los Angeles hitters have posted a team on-base percentage of .331 this season, led by Max Muncy with a mark of .402.

The Phillies won the last meeting 2-0. Zack Wheeler earned his fifth victory and Hoskins went 1-for-5 with a home run and an RBI for Philadelphia. Clayton Kershaw took his sixth loss for Los Angeles.

TOP PERFORMERS: Bryce Harper is third on the Phillies with 20 home runs and has 45 RBIs.

Muncy leads the Dodgers with 22 home runs and has 64 RBIs. 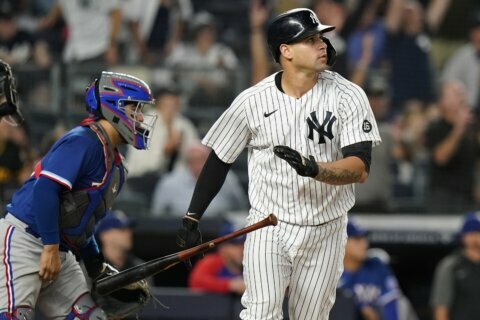