Bauer’s representatives declined to comment. An email seeking comment sent to the woman’s attorney was not immediately answered.

The move comes just over a week after a judge denied the 27-year-old San Diego woman’s request for a restraining order against Bauer.

The woman said she sought the order when she learned that the criminal investigation against Bauer was likely to take a long time. She had spoken to police in San Diego when she was in the hospital after her second encounter with Bauer, in mid-May, and gave her account to detectives from Pasadena, where Bauer lives, soon after.

After a four-day hearing last week that aired much of the evidence that police probed and that prosecutors will consider, Judge Dianna Gould-Saltman found that Bauer honored the woman’s boundaries when the woman set them, and could not have known about those he violated because she didn’t express them clearly.

“We consider in a sexual encounter that when a woman says no she should be believed,” Gould-Saltman said, “so what should we do when she says yes?”

Gould-Saltman called the woman’s petition for the order “materially misleading.”

Bauer’s attorney Shawn Holley said they were grateful for the denial, which they had expected.

The 30-year-old pitcher is also under investigation by Major League Baseball, and could face punishment under its Joint Domestic Violence, Sexual Assault and Child Abuse Policy. The league put him on paid administrative leave on July 2. On Friday, that was extended until Sept. 3.

Bauer has said through representatives that everything that happened between the two was “wholly consensual” in the nights they spent together in April and May at his Pasadena home.

“I felt like my soul left my body, and I was terrified,” she said. “I couldn’t fight back,” the woman said from the stand.

While acknowledging the injuries in the photographs were “terrible,” the judge said the woman “was not ambiguous about wanting rough sex in the parties’ first encounter, and wanting rougher sex in the second encounter.”

Earlier this year, after winning his first Cy Young with the Cincinnati Reds last season, Bauer agreed to a $102 million, three-year contract to join his hometown Dodgers. 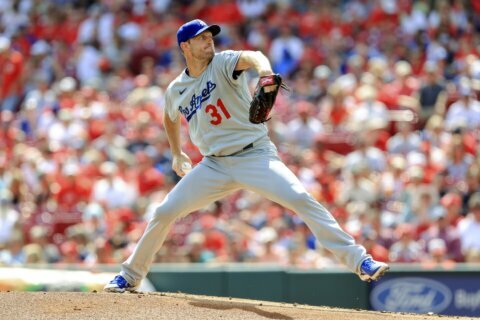