Gilbert is trying to throw MLB’s eighth no-hitter of the season, which would match the record set in 1884 — the first season overhand pitching was allowed.

The 27-year-old left-hander has thrown 91 pitches, striking out three and walking two. He got through the eighth on three pitches, including a flyout to the warning track by Austin Nola.

The only players to throw a no-hitter in their first big league start are Bumpus Jones in his major league debut with the Cincinnati Reds on Oct. 15, 1892 and Bobo Holloman for the St. Louis Browns on May 6, 1953.

Gilbert has given up multiple hard hit balls, including a line drive from Eric Hosmer straight up the middle that Gilbert was able to snag for the final out of the fifth.

Gilbert walked Tommy Pham to start the seventh but retired Adam Frazier on a line drive to third that was caught by a diving Drew Ellis. Manny Machado popped out to first and Jake Cronenworth grounded out on a fielder’s choice to end the inning.

Gilbert, selected in the minor league portion of the Rule 5 draft last winter, previously made three scoreless relief appearances with Arizona this season.

The Chicago Cubs threw the majors’ most recent no-hitter with a combined effort June 24. The other no-hitters this year were thrown by San Diego’s Joe Musgrove (April 9), Carlos Rodón of the Chicago White Sox (April 14), Baltimore’s John Means (May 5), Cincinnati’s Wade Miley (May 7), Detroit’s Spencer Turnbull (May 18) and the New York Yankees’ Corey Kluber (May 19).

Most of those gems were thrown before MLB cracked down on the use of sticky foreign substances by pitchers in late June. 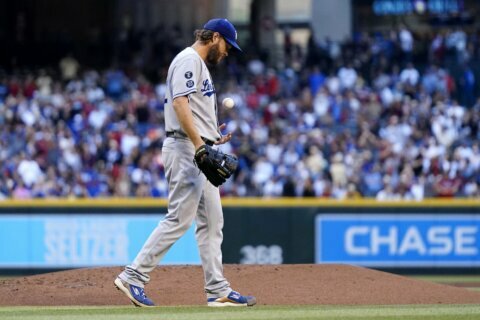 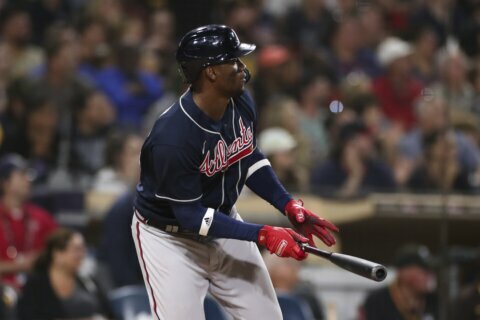 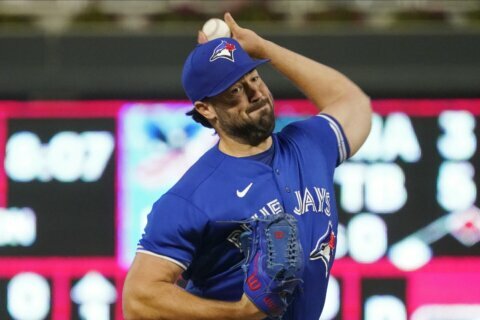