OAKLAND, Calif. (AP) — The Athletics are proceeding with “parallel paths” planning new ballparks in Oakland and Las Vegas, determined to find the best fit and relocate if the club can’t secure what it wants along the downtown waterfront Howard Terminal site.

Team president Dave Kaval is planning another trip to Las Vegas soon — traveling there every couple of weeks, he said — to evaluate the options with that potential spot. He spoke on the field Friday ahead of the A’s hosting the San Francisco Giants in the Bay Bridge Series at the Coliseum, a site he still insists is not right for baseball going forward.

“I think we’ve been really clear, I think the league’s been really clear that this site does not fit the 21st century vision for baseball in North America,” Kaval said. “You need a downtown urban location to be successful, especially in a two-team market where you have the Giants in a similar stadium on the waterfront, and we’re going to do everything we can to have a stadium that can be at the level or eclipse what they have at Oracle Park in San Francisco. And we have that vision down at Howard Terminal.”

On July 20, the Oakland City Council approved preliminary terms for a $12 billion waterfront ballpark project. The A’s weren’t satisfied with that proposal, however.

“We still remain apart on the economic terms,” Kaval said, focusing currently on the environmental review process and keeping that progress going.

In May, Major League Baseball instructed Oakland’s brass to explore relocation options if no ballpark agreement could be reached.

“We remain disappointed that they didn’t vote on our plan, so that has not changed,” Kaval said. “By the same token, we’re still hopeful to make progress on negotiations with them. But time will tell how that plays out. We’re still getting all the other processes working and hopefully finalized. We’re doing everything we can to make that happen in an acceptable timeline for the league.”

The earliest possible scenario Kaval envisions a vote by the city is “later this year.”

The A’s are the last professional franchise remaining in Oakland after the NBA’s Golden State Warriors relocated to San Francisco and the NFL’s Raiders to Las Vegas.

The A’s lease at the aging Coliseum runs through 2024. MLB has said rebuilding at the current location is not a viable option. 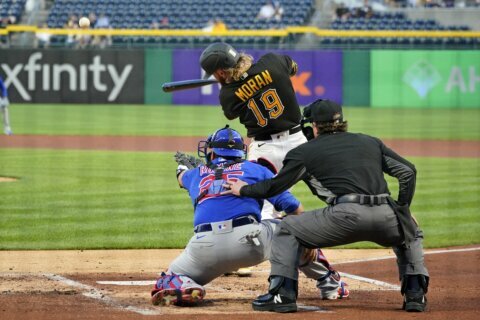 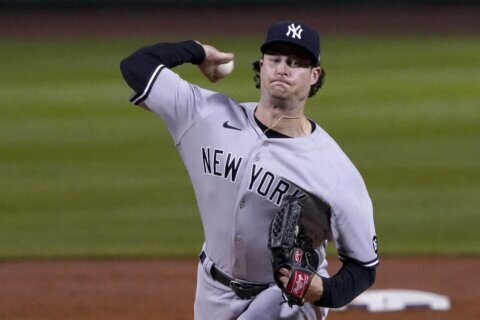