Matt Peacock hit a go-ahead, two-run single in a six-run fourth and pitched 4 2/3 innings of scoreless relief as the Diamondbacks rallied from a 5-0 deficit to beat the Padres 8-5 on Friday night.

What was just as impressive was his offense, including a stolen base after his clutch single with the bases loaded. He scored on Nick Ahmed’s two-run single.

“It creates a lot of excitement inside the dugout,” Diamondbacks manager Torey Lovullo said. “He’s a very heady player. He’s very confident when he’s on the bases. He looks like he’s a well-above baserunner when it comes to speed.

“The more I’ve seen him, what he did today doesn’t surprise me at all,” the manager added. “That at-bat in particular was a huge lift for us. It gave us a couple of runs when you don’t really expect it. He thinks he’s Willie Mays up there; he can steal any base against anybody, can hit any type of pitch at any time for a big base hit.”

Ahmed said Peacock is “just such a competitor and loves the game of baseball. He’s down two strikes, I’m on deck and just watching the at-bat and hits it right back up the middle and steals second. I just wanted to laugh when he stole second, just how engaged and locked in he is. It’s awesome.

“He gave us a big spark knowing we have pitchers that are able to do that, especially a bullpen guy, not even getting consistent at-bats,” Ahmed said.

Trailing 5-2, the Diamondbacks sent 11 batters to the plate in the fourth against rookie lefty Ryan Weathers and reliever Craig Stammen. The first seven reached and the first six scored. By the time Stammen got the first out, Arizona — which has the worst record in the majors — had taken a three-run lead.

Weathers (4-4) gave up four straight singles to start the fourth, including RBI hits by Christian Walker and Pavin Smith, and made way for Stammen. The veteran reliever issued a walk, gave up a two-run single to Peacock that put the Diamondbacks ahead 6-5, and then allowed Ahmed’s two-run single up the middle.

The Padres, who hold the NL’s second wild-card spot, finally got the first out of the inning when Ketel Marte flied out. Stammen allowed two more singles before getting Carson Kelly to ground into a double play.

The Diamondbacks began their comeback in the third when Ahmed hit an RBI double and Marte followed with an RBI single.

“We grew up today,” Lovullo said. “I was so proud of what we did. We had some guys step up in a big way.”

Sean Poppen got six outs for his first save.

Smith lasted only 1 1/3 innings after allowing five runs on three hits and six walks. He struck out two.

Weathers gave up six runs and seven hits in three-plus innings, struck out one and walked one. He went from retiring the first six batters to allowing eight of the next 10 to reach. 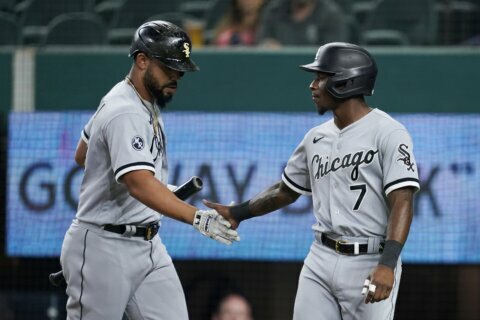 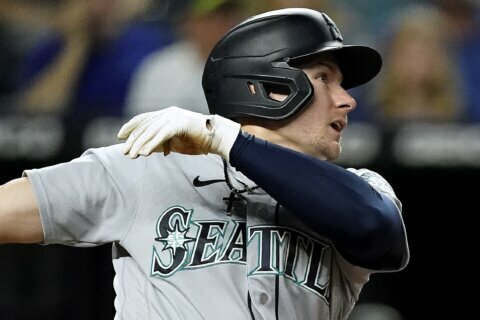 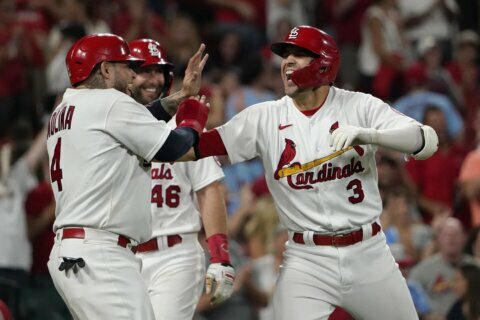