The Blue Jays won for the 10th time in 13 games. Tampa Bay has lost five straight overall and 10 in a row on the road.

Espinal, who entered the game with a .283 average in 71 career games, connected for a two-run drive off reliever Matt Wisler to cap a five-run sixth inning that made it 6-1.

It was 1-all when Vladimir Guerrero Jr. doubled in the sixth and later scored on a throwing error by third baseman Joey Wendle. Cavan Biggio hit a two-run single and Espinal homered, prompting the Blue Jays dugout to explode with excitement.

Espinal said he couldn’t recall his last professional home run. In fact, it came on Aug. 27, 2019, for the Triple-A Buffalo Bisons at the same Sahlen Field that is currently Toronto’s home park.

“I was excited to see my teammates pumped up. It was an awesome moment. To be in the lineup with a lot of talented players, it’s a special one,” he said.

“It was actually one of the best moments of the year,” Montoyo said. “The situation, with who we’re playing and who did it. Everybody loves Espy. He works every day, and he was a big part of this win.”

Rays manager Kevin Cash chalked up the rally as an unfortunate turn of events.

“I thought Wisler threw the ball really good,” Cash said. “He got some weak groundballs that we unfortunately couldn’t convert into outs, then Espinal comes up and hits the big home run. We felt good about the matchups. It just didn’t go our way.”

Adam Cimber (2-2) got the win in support of Ryan Stripling, who allowed two hits and three walks in 5 2/3 innings with five strikeouts.

Manuel Margot homered and Kevin Kiermaier had a two-run single in the ninth for Tampa Bay. The Rays’ road losing streak is the sixth in team history of 10 or more games, and their first since a 10-game skid in 2016.

“We’re all frustrated,” Cash said. “It’s a winning group that sticks together really, really well and we’re in a tough patch.”

Springer led off the second inning with his fifth homer, going deep on a first-pitch fastball from Shane McClanahan (3-3).

Springer, signed to a six-year, $150 million contract by Toronto in the winter, has missed most of the season with injuries and is batting .245 in 14 games.

“Having George Springer in the lineup makes a big difference,” Montoyo said. “That’s what everybody was expecting at the beginning, but he missed 2 1/2 months.”

Margot led off the fourth with his ninth homer.

McClanahan struck out five and allowed three hits and two walks over 5 1/3 innings.

Rays: SS Taylor Walls (right wrist tendinitis) was reinstated from the 10-day injured list and struck out in a pinch-hitting appearance. … Cash said LHP Josh Fleming (calf strain) has bounced back well and expects him to return on Tuesday against Cleveland. 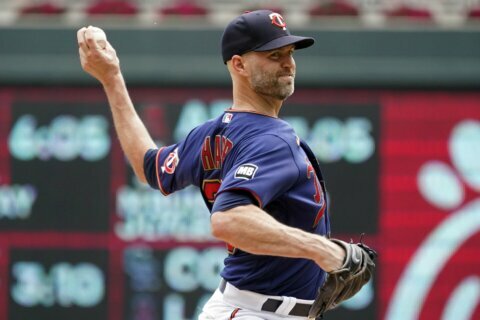 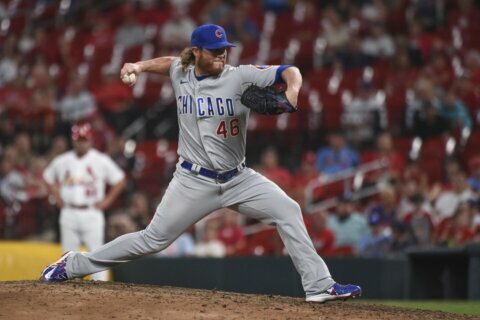