CHICAGO (AP) — Brad Miller hit three home runs in a game for the first time in his career, and the Philadelphia Phillies routed the sinking Chicago Cubs 8-0 on Thursday night.

Miller hit a solo drive in the third inning and added two-run homers in the fifth and seventh innings.

With a chance at joining the other 18 players who have hit a record four home runs in a game, Miller popped up in the ninth. He grounded out in his first at-bat.

Manager Joe Girardi wanted to get the left-handed batting Miller, a utility man and pinch-hitting specialist, in the lineup against Cubs right-handed starter Adbert Alzolay. Miller started at first base while Rhys Hoskins got the night off.

“We just liked the matchup and he came up really big for us,” Girardi said.

Miller hadn’t homered since June 6 and began the day with six home runs this season. The 31-year-old infielder broke out with his 14th career multi-homer game and his parents in the stands at Wrigley Field — he now has 104 homers in nine big league seasons.

“It was really special,” Miller said. “I felt like I was dreaming.”

Miller has been working with the Phillies hitting coaches after a tough June when he had just two hits and walked nine times in 43 plate appearances over 20 games.

“To turn the page and being able to contribute was really nice,” Miller said. “I need to take that mindset in there to do damage and drive the ball.”

And drive the ball Miller did.

“None were cheap shots,” Phillies starter Zach Eflin said. “He crushed all of them.”

The Cubs lost for the 12th time in 13 and dropped to 43-45 as they struggled at the plate without injured stars Kris Bryant and Javier Báez.

It was 24th time a Phillies batter hit three homers in a contest and the first since Jayson Werth tagged Toronto for three in May 2008.

Miller homered early to left-center off Alzolay (4-9), who lost his fifth straight start.

Cubs manager David Ross said Alzolay’s lack of execution, not lack of stuff did in the righty — especially against Miller.

Miller turned on Alzolay’s 0-2 pitch the next time up for a drive deep down right field line that made it 4-0. Miller launched the first pitch he saw from reliever Cory Abbott in the seventh off Wrigley’s right-field message board.

Eflin scattered five hits while striking out five and walking one.

Chicago couldn’t muster much against Eflin after ending an 11-game losing streak, its longest since 2012, on Wednesday with an 8-3 win. The Cubs were in a first-place tie in the NL Central on June 24 when starter Zach Davies front-ended a combined no-hitter over the Dodgers.

The Phillies took a 1-0 lead in the second when Realmuto plowed home on a double steal.

Because of their slide, Cubs president of baseball operations Jed Hoyer acknowledged Thursday the team could be a seller rather than a buyer going into the July 30 trade deadline.

Bryant, Báez and Anthony Rizzo are set to become free agents after this season. Hoyer hinted that, barring a resurgence, the club’s marquee names might available if the deal is right.

“I think turnover is inevitable,” Hoyer said. “We’ve probably been as stable as anyone, but at some point there is going to have to be some turnover with the roster, in part because we’re not seeing the results we need to.”

“When you’re at this moment and your playoff odds get into single digits at this time of the year, you have to keep one eye on the future,” he said. “You’d have to be irresponsible to not take those phone calls and think through them.” 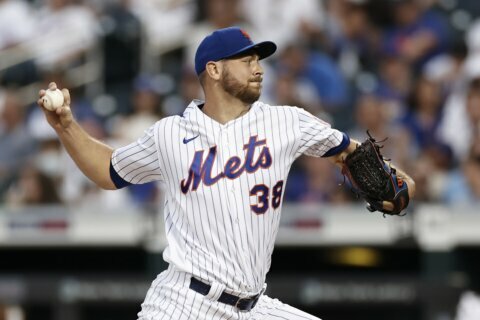 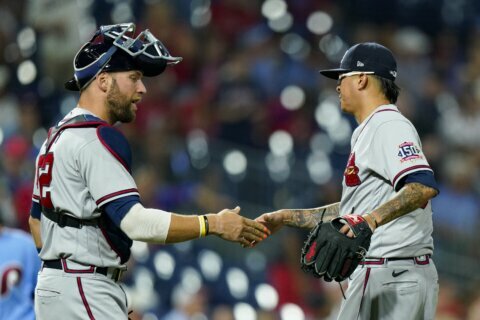