BUFFALO, N.Y. (AP) — Alek Manoah, back from a five-game suspension, struck out a career-high 10 over seven scoreless innings of three-hit ball for the Toronto Blue Jays in their 11-1 win over the Tampa Bay Rays on Friday night.

Manoah (2-0) allowed only Francisco Mejía’s bloop double with one out in the sixth and then clean singles by Wander Franco and Joey Wendle in the seventh. The 23-year-old rookie also walked Ji-Man Choi in the first.

“In the sixth, when Grich (Randal Grichuk) missed that ball and everybody started clapping, I thought, what are they clapping at? He missed it,” Manoah said, grinning. “I had no clue what was going on. Then I looked up at the scoreboard and thought, oh, that would have been cool.

“I was in a good rhythm tonight. I was able to attack and get ahead first pitch and let the defense work behind me.”

Luis Patiño (1-2), fresh off 17 straight shutout innings at Triple-A Durham, was tagged for six runs in the first two innings but settled down to retire 10 consecutive batters before allowing a sixth-inning run.

He struck out five and yielded seven hits and a walk for Tampa Bay, which dropped its fourth straight overall and ninth in a row on the road.

“Even though you may not start as well as you want, you still have to finish well,” said Patiño, optioned back to Durham after the game. “Give credit to their hitters for barreling some of those balls. I tried to keep my confidence, even though the results weren’t quite there.”

Mejia finished with two doubles and Brandon Lowe had an RBI double in the eighth as the Rays spoiled Toronto’s shutout bid.

Manoah was suspended by Major League Baseball after being ejected from a June 19 start at Baltimore, but appealed it and pitched last Friday in a rematch against the Orioles. He dropped his appeal Saturday.

“It’s kind of like putting a plate of food in front of somebody and telling them they can’t eat it for seven days,” Manoah said. “I was just really hungry to get back out there.”

Springer hit his fourth homer, a two-run shot to straightaway center field, in the first. One inning later, Lourdes Gurriel Jr., Reese McGuire, Guerrero and Semien all had RBIs as Toronto rallied for four more runs and jumped out to a 6-0 lead.

In the seventh, Semien led off with his 21st homer and Guerrero added his 27th to plate two runs and tie Boston’s Rafael Devers for the American League RBI lead with 69. The figure also matches Guerrero’s personal high from 2019.

The day after three Blue Jays were voted by fans into the starting lineup for the American League in the July 13 All-Star Game, manager Charlie Montoyo was beaming with pride.

“I feel like a dad, when your kids do something right,” Montoyo said about the selection of Guerrero, Semien and Teoscar Hernández. “I’m so happy for them. I know it was a voting deal, but they all earned it. Their numbers are amazing, and they all deserve to be there.”

“They’re both pitchers we think really highly of,” Cash said. “For them to go represent your country, that’s pretty special. We’re proud as an organization of both of them.” 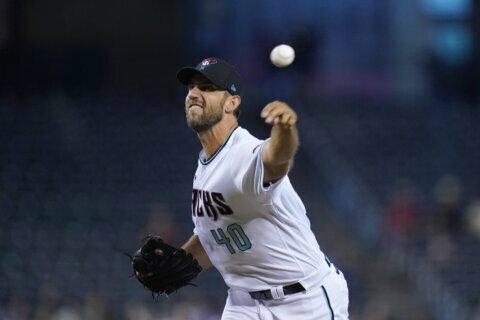 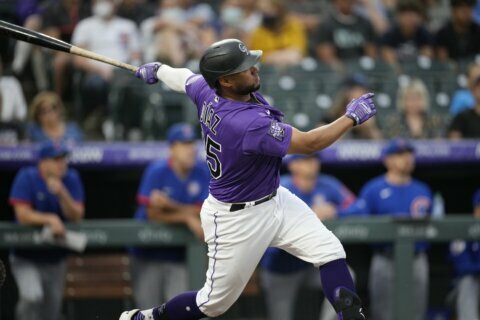 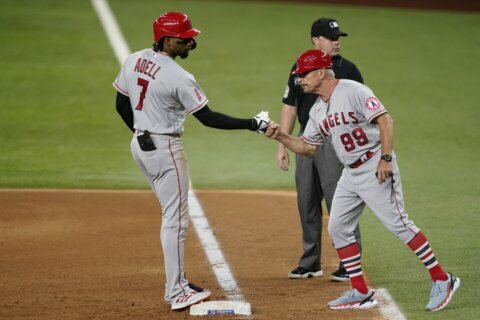