The Chicago White Sox are going to be without catcher Yasmani Grandal for four to six weeks because of a torn tendon in his left knee. Grandal got hurt during an at-bat in Monday’s loss in Minnesota. Grandal was hitting just .188 as Chicago’s starting catcher, but he had a .388 on-base percentage in 63 games to go with 14 home runs and 38 RBIs. Zack Collins takes over behind the plate with Grandal out. Seby Zavala was brought up from the minors, but the AL Central leaders could look to add a veteran catcher.

The NL Central-leading Brewers added a power-hitting first baseman, acquiring left-handed hitting Rowdy Tellez from the Toronto Blue Jays on Tuesday for right-handed pitchers Trevor Richards and Bowden Francis. Tellez, 26, had been with the Blue Jays’ Triple-A Buffalo affiliate after struggling in the majors this season with a .209 batting average, four homers and eight RBIs in 50 games. He hit 21 homers for Toronto in 2019 and had an .886 OPS in 35 games last season.

First-time All-Star Kyle Gibson takes an AL-best 1.98 ERA and a 6-0 record into a Wednesday afternoon start for the Texas Rangers against the Detroit Tigers. He is the second pitcher since earned runs became a statistic in 1913 to be unbeaten through 16 starts with an ERA under 2.00 after the New York Yankees’ Ron Guidry, who was 12-0 with a 1.71 ERA after 16 starts in 1978.

White Sox right-hander Lance Lynn (8-3, 2.02 ERA) makes his last start before his All-Star Game trip, an outing Wednesday at Minnesota. Lynn has held opponents to a .229 average in his last five starts but is 1-2 with a 3.81 ERA over that span. 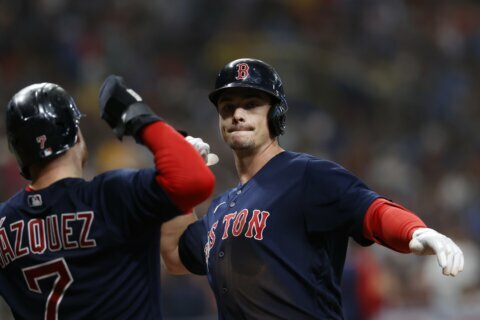 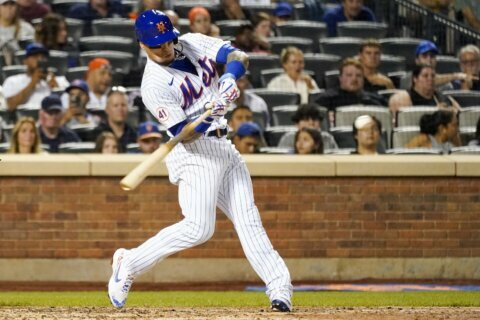 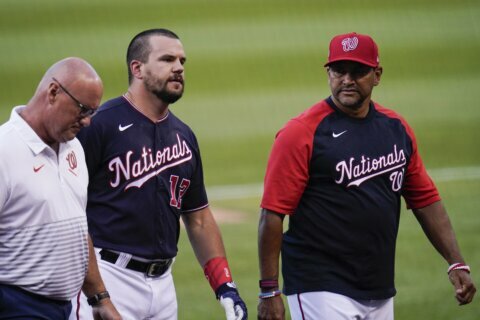