CLEVELAND (AP) — The Indians got back one of their key missing pieces Saturday, activating catcher Roberto Pérez from the injured list.

A two-time Gold Glove winner, Pérez has been out since undergoing surgery on his right index finger in May. Pérez initially got hurt when he got crossed up on a pitch from reliever James Karnichak in an April 13 game in Chicago.

Pérez continued to play with the injury, but it wasn’t healing and he needed an operation. He’s batting just .131 in 61 at-bats, but the 32-year-old is invaluable defensively and in handling Cleveland’s staff.

Pérez was active for Saturday night’s game against the Astros and was set to catch Sunday.

With Pérez coming back, the Indians designated backup catcher René Rivera for assignment. The 37-year-old Rivera did a nice job filling in for Austin Hedges, who will move into his usual role behind Pérez.

The Indians have been ravaged by injuries all season, and they’re beginning to take a toll. Cleveland had lost six of seven when Pérez rejoined the team.

Also on Friday, the Indians were also without their best player, third baseman José Ramírez (sore elbow) and outfielder Eddie Rosario (abdominal tightness). Their injuries are not serious. 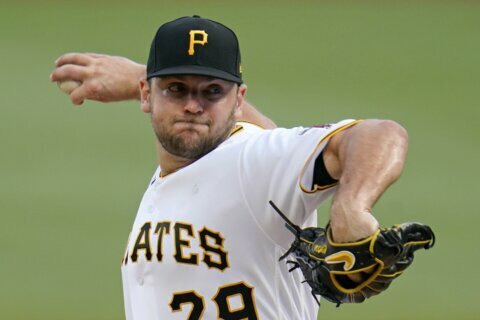 Rizzo homers in his debut as Yankees beat Marlins 3-1 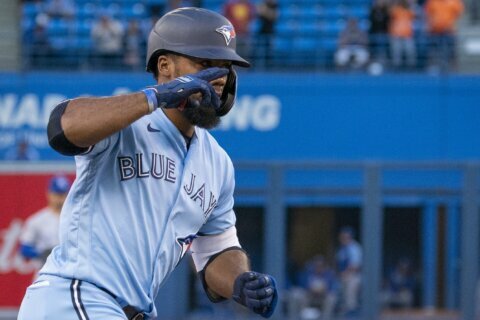