LOS ANGELES (AP) — San Francisco’s injury woes have now hit arguably its best player during the first half of the season.

The Giants placed All-Star shortstop Brandon Crawford on the 10-day injured list Monday due to an oblique strain. The move came as they opened a pivotal four-game series against the rival Los Angeles Dodgers.

Manager Gabe Kapler said Crawford’s MRI revealed a mild strain, and he was hopeful it would be a short stint on the IL.

“We understand we have a big challenge ahead of us. Just knowing he is not going to be available is tough for him,” Kapler said. “If there is a silver lining, it does give him a break and allows us to build him up to full strength.”

Crawford — who had started 73 of the Giants’ first 91 games at shortstop — said he noticed something wrong after his final swing during Sunday’s game at St. Louis. It is only the second time in 11 seasons he has gone on the IL, with the previous time coming in 2017 due to a groin strain.

“It’s frustrating from a lot of perspectives,” Crawford said before Monday’s game. “I felt so good, especially recently. There are also so many games against the Dodgers the next couple weeks that I won’t be a part of. The amount of guys on the IL right now also makes all of those things pretty frustrating.”

With Crawford’s injury, second baseman Donovan Solano is the only Giants regular infielder who is not on the IL. First baseman Brandon Belt has been out since June 24 due to right knee inflammation, and is likely to be sidelined for the next two weeks. Third baseman Evan Longoria is on the 60-day injured list and isn’t eligible to come off until Aug. 5.

The Giants went into Monday’s game with the best record in the majors at 58-34 but have a precarious one-game lead over the defending World Series champion Dodgers in the NL West. Seven of the Giants’ next 10 games are against Los Angeles.

Thairo Estrada is expected to get most of the playing time at shortstop in Crawford’s place. The Giants also called up infielder Jason Vosler from Triple-A Sacramento to take Crawford’s roster spot.

“It’s important to acknowledge it is a blow when you are going to miss our best bat all year long, but also focus on the opportunity Estrada gets so that we can evaluate him,” Kapler said.

San Francisco did get some good news on the injury front, though. Star catcher Buster Posey was activated after missing nine games due to a bruised left thumb, and pitcher Kevin Gausman was reinstated from the Family Medical Emergency List in time to start Monday. 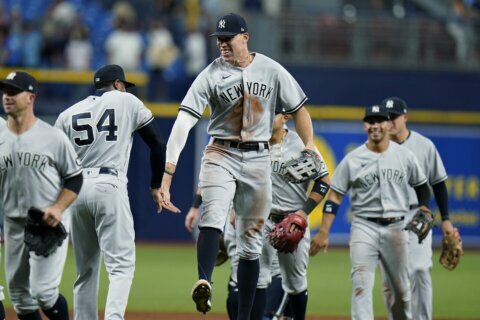 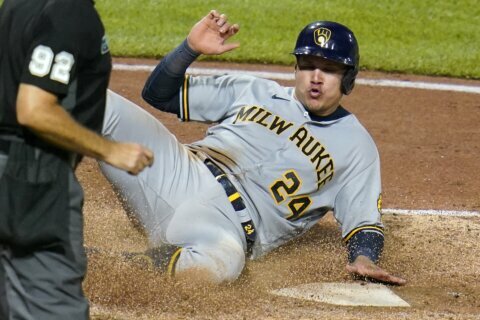 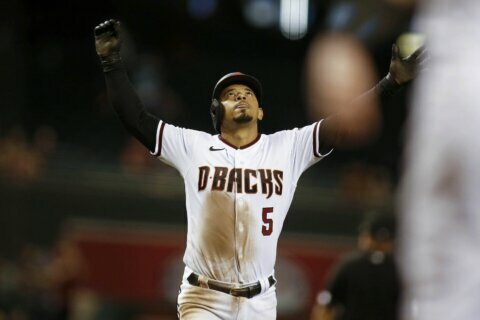