NEW YORK (AP) — Pinch-hitter Brandon Drury delivered a tiebreaking homer in the seventh inning and right fielder Michael Conforto threw out a runner at the plate in the ninth to preserve the New York Mets’ 2-1 victory over the Atlanta Braves on Wednesday night.

The first-place Mets have maintained their five-game lead over the third-place Braves in the NL East by splitting the first four games of the five-game series.

“That was like a playoff game,” Atlanta manager Brian Snitker said.

Drury, batting for Trevor May (4-2) after the reliever struck out two in a perfect seventh, hit Max Fried’s 1-0 pitch well into the left field seats for his fourth pinch-hit homer of the season, tying him for the major league lead with the Braves’ Pablo Sandoval.

In the eighth, Jeurys Familia struck out Austin Riley and retired Dansby Swanson on a grounder to escape a two-on, one-out jam created by Aaron Loup.

The Braves almost tied it in the ninth, when Edwin Díaz allowed a leadoff double to Abraham Almonte and a one-out single to right by pinch-hitter Ehire Adrianza. Third base coach Ron Washington emphatically waved home Almonte as Conforto, who charged and fielded the ball on one hop, fired to the plate on the fly.

James McCann caught the ball sno-cone style and made a swipe tag that just clipped Almonte as he slid.

“You can’t make a better throw than that one and for McCann to catch the throw and apply the tag like he did to complete the play — it was just a great all-around play on both ends,” Mets manager Luis Rojas said.

The crowd of 25,787 stood and roared as the typically reserved Conforto shouted at teammates in the outfield.

“Best feeling in the world,” Conforto said. “I can’t put into words what it feels like. I’m still sort of shaking from it right now. Just an awesome moment.”

The Braves challenged the call, which stood after a brief replay review.

Díaz then got Sandoval to fly out for his 23rd save.

“I was in the dugout and I about screamed my lungs off,” said Mets starting pitcher Tylor Megill. “Mike came up and just flung it. Bang-bang play at the plate and called him out. I blacked out. That’s so huge, a 2-1 game, that’s awesome.”

Megill, pitching on his 26th birthday, carried a shutout into the sixth before Riley’s one-out homer — the third in the last two games for the Braves’ third baseman — ended his night. Megill gave up five hits and one walk while striking out six in lowering his ERA to 2.04, the second-lowest mark for a Mets rookie through seven starts behind only Nolan Ryan (1.99).

“Pretty cool that my name’s up there,” Megill said. “It’s a cool accolade to have, but there’s more work to be done.”

Megill also scored the Mets’ first run in the third, when he kept the inning alive with a two-out single — the second straight game in which he’s singled. Brandon Nimmo walked and Pete Alonso singled before Jeff McNeil drove home Megill with a single. The hit extended McNeil’s hitting streak to a career-high 15 games.

Fried (7-7) took the hard-luck loss after giving up two runs on five hits and two walks with nine strikeouts in seven innings.

“At the end of the day, we needed one-run baseball and I wasn’t able to do that,” he said.

Ozzie Albies had two hits for the Braves.

SO YOU SAY IT’S YOUR BIRTHDAY

Megill became the 11th Mets pitcher to start on his birthday — Jacob deGrom and Ron Darling have each done so twice — and the second to collect a hit and score a run. Darling went 2 for 3 with two runs scored on his 26th birthday on Aug. 19, 1986.

Megill is the first pitcher with a hit and a run scored on his birthday since Gio Gonzalez did so for the Milwaukee Brewers on his 33rd birthday in 2018.

Megill is the second big leaguer in two days to start on his birthday — Brad Keller turned 26 on Tuesday, when he tossed seven innings for the Kansas City Royals — and the 10th to do so this season. Jose Urquidy, Freddy Peralta, Drew Smyly and Kwang Hyun Kim all won on their birthdays this year.

Riley’s homer in the sixth was his seventh in 18 games at Citi Field — more than notable Mets rivals such as J.T. Realmuto (six in 51 games), Jayson Werth (five in 70 games) and Trea Turner (five in 39 games).

Mets: RHP Jacob deGrom (right forearm) threw from 90 feet and is expected to throw another side on Thursday.

Braves: LHP Drew Smyly (7-3, 4.30 ERA) exited his previous start Saturday after four innings due to a sore left knee but was able to conduct his usual between-starts work. 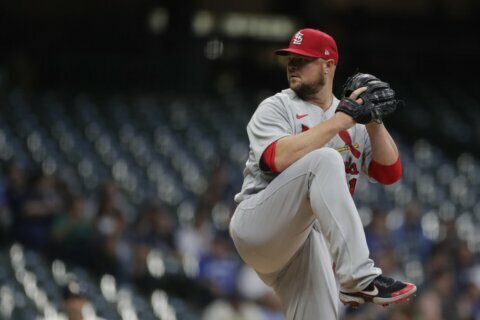 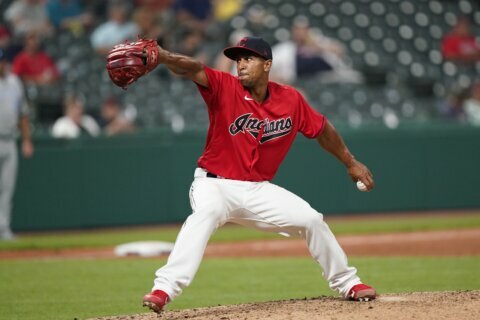 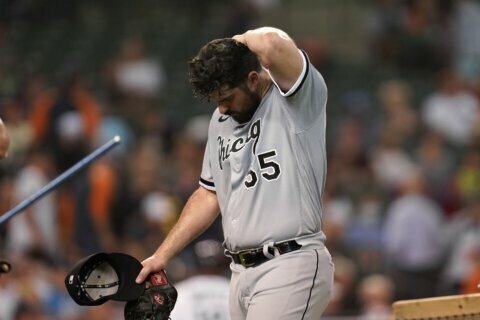