The 32-year-old Escobar made his first All-Star game this season and is batting .246 with 22 homers. The switch-hitter should be a valuable and versatile piece for the first-place Brewers, who are trying to lock down the NL Central.

“We’re talking about a very accomplished switch-hitter,” said David Stearns, Milwaukee’s president of baseball operations. “He’s got tremendous positional versatility, can play all over the field, infield and outfield.

“He gives us a lot of options, and one of the things that we are trying to accomplish prior to the (trade deadline) is preparing ourselves for the unknown of what could happen over the next two months.”

Milwaukee could use some extra pop in the lineup, especially in the coming weeks. Star outfielder Christian Yelich recently went on the COVID-19 injured list and is expected to miss at least another week.

Escobar said it was tough to leave Arizona, where he had career highs with 35 homers and 118 RBIs in 2019, but it was exciting to have an opportunity to be in the postseason hunt.

“I love this team. I have really good people here, really good friends,” Escobar said of the Diamondbacks. “But at the end of the day, it’s a new opportunity for me. I’m so happy that the organization in Milwaukee is giving me an opportunity to help this team win. You saw me every day here playing really hard. I’ll do the same thing over there.”

Escobar has played third, second and shortstop for the Diamondbacks this season and has played the outfield earlier in his career. He was one of the few bright spots for Arizona this season, which had MLB’s worst record at 31-71 going into Wednesday.

The Diamondbacks received outfielder Cooper Hummel and infielder Alberto Ciprian from the Brewers. The 26-year-old Hummel is hitting .254 with six homers in Triple-A. The 18-year-old Ciprian was playing in rookie ball this year.

“We’re happy with the two players we got from the Brewers,” Arizona general manager Mike Hazen said. “I think anytime we’re trading someone like Eduardo off our team it’s certainly bittersweet. But given the position we’re in right now, it made sense for us to do so.”

Escobar is in the final year of a $21 million, three-year contract. The Diamondbacks had been expected to move him for weeks.

The trade is among a handful the Diamondbacks have already made this season in an effort to rebuild their roster. They also dealt outfielder Tim Locastro to the Yankees and catcher Stephen Vogt to Atlanta. More deals are expected before Friday’s 4 p.m. EDT trade deadline.

“Where we stand right now, over the next two months, this is about acquiring as much talent as we can to continue to build forward from this point,” Hazen said. 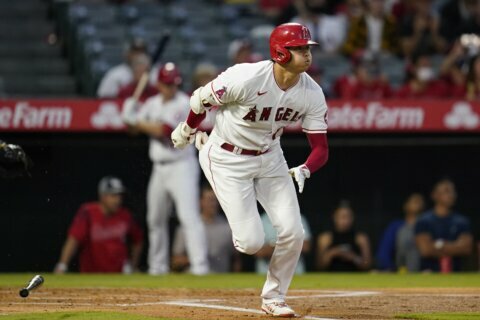 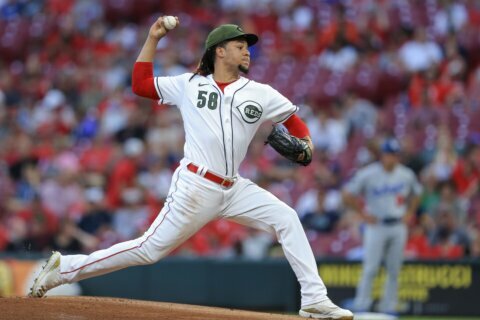