ATLANTA (AP) — Drew Smyly knows his first season with the Atlanta Braves hasn’t gone as smoothly as he thought it would.

After shutting down the St. Louis Cardinals, Smyly believes he’s on the right track to better consistency.

“I guess pretty up and down, you know?” he said. “I didn’t have the April I would like, but there’s five more months of the season, and I know it only takes one game to turn it around and start getting on a roll. I think I’ve battled every start and kept our team in the game most starts. I think I could’ve pitched a whole lot better.”

Smyly didn’t allow a hit until the sixth inning, Ronald Acuña Jr. hit his 100th career homer and Atlanta earned a split of a day-night doubleheader with a 1-0 victory over the Cardinals on Sunday night.

In the first game, Adam Wainwright struck out 11 and pitched a three-hitter, sending the Cardinals to a 9-1 victory.

Smyly (4-3) signed an $11 million, one-year deal as a free agent in November and has largely been a disappointment for the Braves, entering with a 5.63 ERA in 11 starts.

He held the Cardinals hitless until Paul Goldschmidt reached on an infield single with two outs in the sixth. Second baseman Ozzie Albies fielded the ball in shallow right field and made a wide throw to first.

“I think I’m on the right page, on the right track, but I still think there’s a lot to get better at to keep improving,” Smyly said. “It’s a long season. You just have to put in the work every start, find the rhythm, find the sync. I think that has been better over the last few starts with my body being on time, but every start is a new challenge.”

Closer Will Smith pitched the seventh of the shortened doubleheader under pandemic rules, earning his 13th save in 14 chances.

Acuña, playing in his 378th game, became the sixth-quickest to reach the milestone with a shot to left-center in the third inning off Kwang Hyun Kim (1-5). It was his 19th homer, second-most in the NL.

He rejoiced when the ball cleared the fence.

“I think it was more because it gave us the lead,” Acuña said through a translator. “It’s always big to hit a home run, but there’s no better feeling than to hit a home run to put your team up.”

Before the sixth, Smyly allowed three baserunners — a walk of Tyler O’Neill in the second, Goldschmidt in the fourth and O’Neill again in the fourth. Luke Jackson, who entered the game with a 1.05 ERA, struck out O’Neill to end the sixth with runners on first and second.

Acuña hit his first homer in 10 games, snapping his longest drought of the season.

“The first two pitches were balls, and I knew at that point I had to pitch a strike,” Kim said through a translator. “I tried to pitch a backdoor slider, but I didn’t do that. The pitch was low, so I think it was not really that bad a pitch. His swing was low, but I just regret not pitching strikes on those first two pitches.”

Kim allowed three hits and one run in four innings.

In the first game, Nolan Arenado hit a two-run homer off Bryse Wilson in the first and Goldschmidt added a three-run shot off Josh Tomlin in the fifth.

The 39-year-old Wainwright (5-5) didn’t allow a hit until the fourth, when Freddie Freeman singled. It was Wainwright’s 26th career complete game, two of them this season and tying him with Justin Verlander for the most among active players.

Wainwright was proud to pitch a complete game, no matter how long it went.

“I’ll take them however they give them to me,” he said. “If the next one is a five-inning rainout, I’ll take that one, too. I like going the distance. That’s a notch on the belt. That’s what we strive to do.”

St. Louis had scored only 10 runs in its last seven games and was held to six hits and one run in the first two games of this four-game series before breaking loose.

The Braves, who play another doubleheader Monday at the New York Mets, had dropped seven of 10 after the first game.

The Cardinals have dropped 14 of 20 after losing the second game.

Braves manager Brian Snitker had no update on the status of LHP Tucker Davidson, who avoided Tommy John surgery last week after being diagnosed with a forearm strain. “He’s in that shutdown phase where they’re just going to cool everything down for a while,” Snitker said.

In the first game, Acuña went 0 for 3 to snap the major leagues’ longest current on-base streak at 26 straight games.

Braves RHP Ian Anderson (4-3, 3.58) and LHP Kyle Muller (0-0, 18.00) are set to start Monday’s doubleheader for Atlanta in a yet-to-be-determined order. … The Cardinals are off Monday. Johan Oviedo will start Tuesday’s game at Detroit. 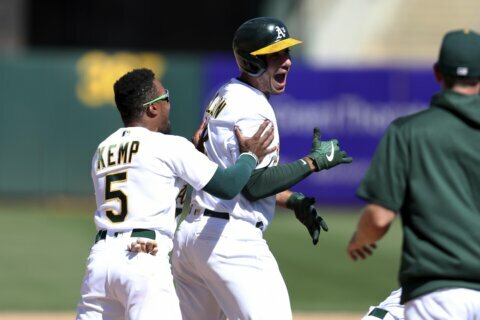 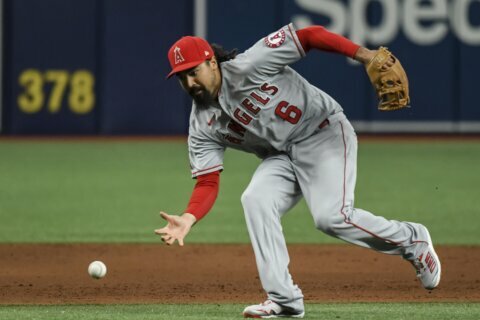 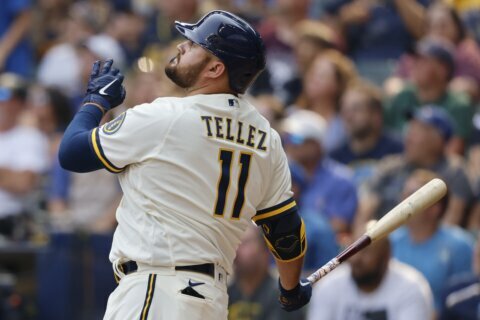 Howard Univ. requires students to be fully vaccinated this fall