BOSTON (AP) — Red Sox starter Garrett Richards was willing to try anything to make up for the pitching prowess he’s lost since baseball’s crackdown on grip-enhancing substances.

He dunked his arm in ice to keep it from sweating. He learned a changeup in four days. His curveball dipped to 63 mph.

“I’ve never had to make this kind of change in my whole career. I’m just trying to make the best of it,” he said on Monday night after recovering from a rough start to keep the Red Sox in the game.

“Trying to work around the new rules,” he said. “That’s what was asked of us to do, so that’s what I was trying to do.”

Hunter Renfroe homered twice, the second a 434-foot solo shot over the Green Monster to break a sixth-inning tie, and the Red Sox rallied from a four-run deficit to beat Kansas City 6-5.

Richards gave up three home runs before recording his fifth out, but he then held the Royals scoreless until leaving with two outs in the sixth. And the Red Sox batters pounded out four home runs of their own.

“The ball was flying today. They put some good swings. But he kept competing,” Red Sox manager Alex Cora said. “It didn’t look great in the beginning, but he didn’t quit. He put zeros at the end and he gave us a chance.”

Kiké Hernández led off the bottom of the first with a home run for the second straight game, Bobby Dalbec also homered and Renfroe had a two-run shot in the fourth as Boston came back after falling behind 5-1.

The score was 5-5 in the sixth when Renfroe’s second homer, off Josh Staumont (0-2), banged off a billboard above Lansdowne Street. It was Renfroe’s 13th career multihomer game; his last was with the Rays last year at Fenway Park.

“We knew it was early, and we had a lot of game left,” Renfroe said. “We know with our offense we’re able to put a lot of points on the board.”

The victory was Boston’s fourth straight, following a three-game sweep of the New York Yankees, and its major league-leading 26th come-from-behind win. The Red Sox are a season-high 17 games above .500, and in first place in the AL East by one game over Tampa Bay.

With the wind blowing out on a 90-degree night, the teams matched homers for four innings — three apiece. Kansas City hit three off Richards in the first two innings, but Royals starter Danny Duffy gave the lead back on three Red Sox homers in the first four innings.

“I think it’s all in Garrett’s head more than anything. He doesn’t believe in himself,” Renfroe said. “He’s a great pitcher, and I think if he believes in himself, that’s half the battle.”

Whit Merrifield had three hits for the Royals. Third baseman Emmanuel Rivera made his major league debut and singled in the first, then added another single in the third.

The Red Sox loaded the bases in the eighth against Carlos Hernandez before he struck out Dalbec on a 3-2 pitch to end the threat.

After giving up three homers in the first two innings, Richards held the Royals scoreless in the third. That seemed like a good time for the umpires to check him for illegal substances.

Richards laughed off the inspection. He then posted another three scoreless innings before allowing two singles in the sixth. Hirokazu Sawamura (4-0) relieved him with one on and two outs and got Merrifield on a first-pitch groundout to protect the 5-5 tie.

Sawamura followed with a scoreless seventh — and then he was checked. Josh Taylor pitched the eighth — his 23rd straight scoreless outing — and Matt Barnes came in for the ninth to earn his 17th save.

Red Sox LF Marwin Gonzalez pulled up in the seventh after beating out a chopper in front of the plate for an infield hit. The training staff came out to look at him, but he stayed in the game. 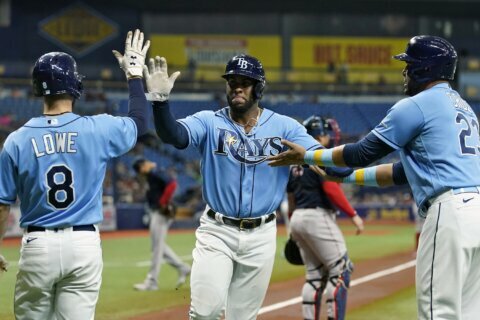 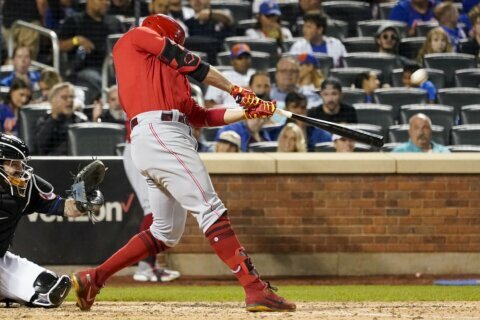 LEADING OFF: Votto tries to tie HR mark, ex-Cubs on the move 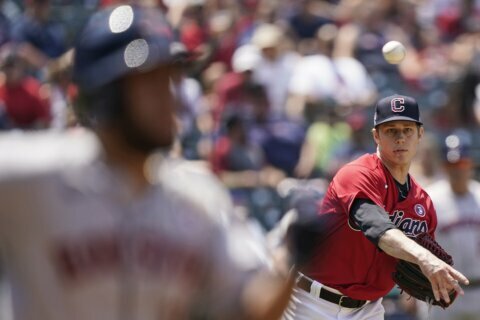