NEW YORK (AP) — The upcoming weekend series between the Philadelphia Phillies and San Francisco Giants will be streamed nationally on Peacock, the streaming service and and Major League Baseball announced Monday.

Coverage of the three-game series from San Francisco begins Friday at 9 p.m. EDT and on Saturday and Sunday at 3:30 p.m. EDT with pregame shows. The NBC Sports regional networks are the local rightsholders for both teams, but fans in Philadelphia and the Bay Area will also have to tune in on Peacock.

Giants voice Jon Miller will be the play-by-play announcer with Giants analyst Mike Krukow and Phillies analysts John Kruk and Jimmy Rollins also being part of the broadcast.

The weekend series is part of MLB’s commitment to present games on different platforms. MLB has had 12 games streamed on YouTube since the start of last season.

San Francisco had the NL’s best record heading into Monday’s game against the Arizona Diamondbacks while Philadelphia was on a four-game winning streak as it opened a series with the Los Angeles Dodgers. The Phillies took two of the three games during a series in Philadelphia in April. 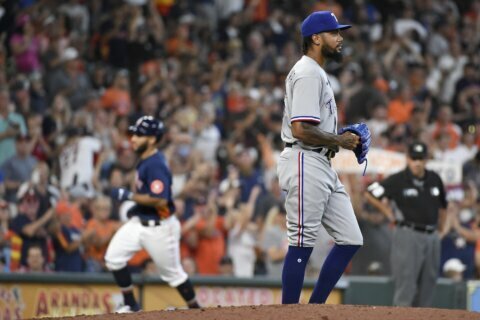