A look at what’s happening around the majors on today: STICKING TO HIS STORY Major League Baseball will deal with…
Listen now to WTOP News WTOP.com | Alexa | Google Home | WTOP App | 103.5 FM

STICKING TO HIS STORY

Major League Baseball will deal with Mariners pitcher Hector Santiago, the first player ejected under the new crackdown against grip-enhancing sticky stuff. He could draw a 10-game suspension.

Santiago was tossed Sunday in a 3-2 win over the White Sox. The 33-year-old lefty was checked by the umpires as he exited in the fifth inning and his glove was confiscated. It was later announced that Santiago had been thrown out.

“He was ejected for when his glove was inspected, for having a foreign substance that was sticky on the inside palm of his glove,” crew chief Tom Hallion said.

Santiago, who began his career with the White Sox, said he did nothing wrong. He explained he had used rosin to stop the sweat from dripping on both his arms on a humid day in Chicago.

That was Santiago’s story, and he was sticking to it.

“They’re going to inspect it and all this science stuff and it’s going to be sweat and rosin,” he said, adding, “I know that I didn’t use anything today.”

The Indians will see how right fielder Josh Naylor is doing, a day after he was injured in a collision with rookie second baseman Ernie Clement.

Cleveland manager Terry Francona said Naylor had suffered a broken bone but wasn’t sure which one, and was being treated at a hospital Sunday.

The accident occurred in the fourth inning when Minnesota’s Jorge Polanco checked his swing and made contact, sending a flare into the shallow outfield. Naylor went flying and spinning after the collision and had his right foot catch underneath him, twisting the foot the wrong way.

Naylor was taken off the field on a stretcher with his right foot in an air cast.

Naylor, 24, has hit .253 with seven home runs and 21 RBIs in his first full season with Cleveland. Clement was playing his seventh game in the majors.

Rafael Devers, J.D. Martinez and the Red Sox are rolling, fresh off a three-game sweep of the Yankees that put them back on top of the AL East.

Garrett Richards (4-5, 4.74 ERA) looks to turn the page on his shortest outing of the season when he starts at Fenway Park against Kansas City.

The Royals have lost five straight on a 10-game trip. They are 4-17 since a five-game winning streak that put the club three games over .500.

The top two teams in the NL Central open a three-game series when the division-leading Brewers host the Cubs.

Milwaukee has won five straight but will be facing Kyle Hendricks, who has won eight straight starts for the longest such streak by a Cubs pitcher since Jake Arrieta won nine in a row from 2015-16.

“All the series that we play against them, it’s always with high intensity,” Peralta said. “Everybody can see that.” 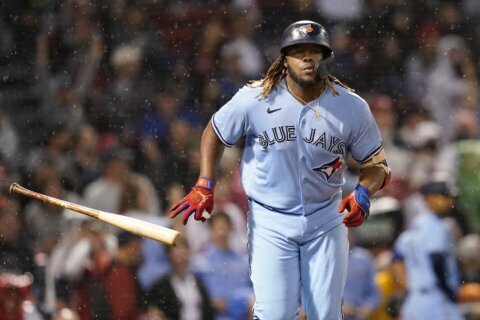 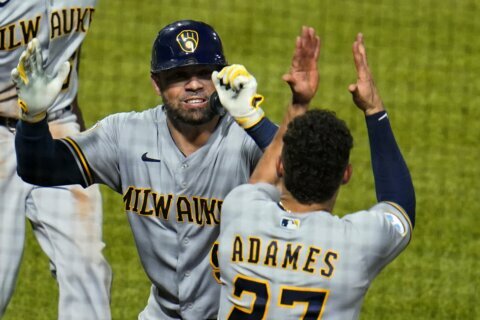