Mets ace Jacob deGrom (4-2, 0.71) finished May with the lowest ERA by a qualified starter since 1964, a mark he’ll try to lower in a start at San Diego. The two-time NL Cy Young Award winner pitched six scoreless innings against Arizona in his previous start and has allowed just four earned runs in 51 innings.

Padres right-hander Joe Musgrove (4-4, 2.08) could compete with deGrom for Cy Young votes. He threw the season’s first no-hitter in April and hasn’t allowed an earned run in his past three outings, spanning 16 2/3 innings.

Tampa Bay’s Rich Hill (4-2, 3.32 ERA), the 41-year-old left-hander who was the AL pitcher of the month in May, makes his first June start for the defending AL champion Rays. It comes in the second game of a weekend series at Texas in their return to the host of last year’s neutral-site World Series.

Hill, who signed with the Rays as a free agent in February after pitching for Minnesota last season, was 3-1 with a 0.78 ERA (three earned runs in 34 2/3 innings) in his six starts in May.

It will be his second start this season against the Rangers. Hill got a no-decision at home April 15 when he allowed four runs and seven hits in 4 1/3 innings.

The Rays are encouraged by what doctors have said about minor league pitcher Tyler Zombro, who was hospitalized Thursday night after being struck in the head by a line drive with Triple-A Durham.

Zombro was hit by a sharp liner from Norfolk’s Brett Cumberland in the eighth inning. He crumbled to the ground, lay motionless for a moment face down, then began to convulse uncontrollably. He was taken off on a stretcher and to a hospital.

The Rays said Friday that Zombro was held overnight and remained in stable condition.

“At this point, things are going about as well as we could hope for,” Tampa Bay manager Kevin Cash said. “That’s tremendous. I’m sure the next 24-48 hours, we want to keep hearing that good news, but right now we feel very fortunate and lucky to be where Tyler’s at and just continue to hope for the best for him.”

The Bulls suspended play Thursday and postponed their game Friday night to give players time to process.

Yankees third base coach Phil Nevin is back with the team after battling the coronavirus, a bacterial infection in his kidneys and a staph infection. The former big league All-Star said he lost 22 pounds and was forced to miss the major league debut of his son, Tyler Nevin, with the Orioles.

Nevin, who also suffers from asthma, still has an IV line in an arm that has to be removed before he can be back on the field, but he was back in the dugout for the first time since May 9 and handled the lineup card exchange for Friday night’s series opener against Boston. 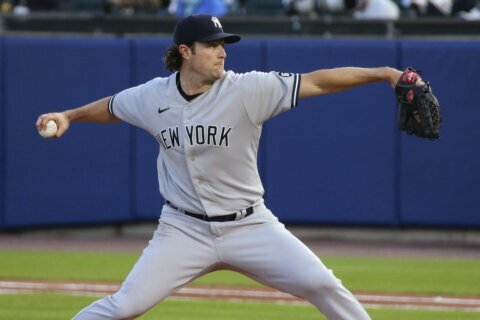 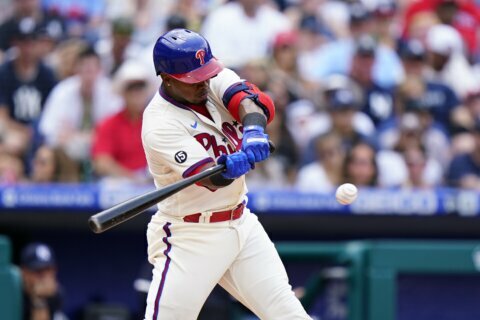 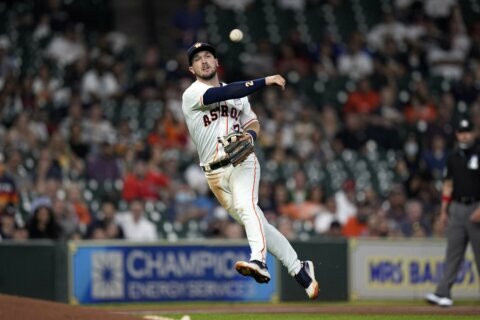