BUFFALO, N.Y. (AP) — Blue Jays president Mark Shapiro believes there’s a chance the team could finally return home to Toronto at some point this season, while cautioning the decision hinges on when Canada will loosen its strict border regulations.

Shapiro declined to get into specifics on Tuesday by saying talks between the Blue Jays and Canadian health officials have become more frequent and “certainly more positive” in recent weeks.

In referring to an “underlying level of optimism” connected to more Canadians receiving the COVID-19 vaccine, Shapiro stressed the most significant challenge remains the border being closed to non-essential travel.

“Just focus on the border, recognizing anything around that is going to be a challenge — not impossible — but a challenge,” he said. “But the only clarity exists around the border being open.”

Shapiro spoke as the Blue Jays prepared to open a two-game series against the Miami Marlins in returning to playing “home” games at their Triple-A affiliate’s ballpark in Buffalo, New York. The Blue Jays made the shift north to escape the heat and humidity in Florida, after spending the first two months of the season playing out of their spring training site in Dunedin.

The Blue Jays have not played in Toronto since closing the 2019 season with an 8-3 win over Tampa Bay on Sept. 29.

Last year, the Blue Jays were forced into a nomadic existence south of the border after Canadian health officials barred teams from crossing the border.

On Monday, Canadian Prime Minister Justin Trudeau said his nation won’t be rushed into reopening its border, which has been closed since the coronavirus pandemic began in March 2020. Canadians returning to their homeland are required to immediately spend 14 days in self-quarantine.

The Blue Jays are currently committed to playing in Buffalo through July 4, which closes a 10-game homestand. Toronto isn’t scheduled to play a home game again until opening a three-game series against Texas on July 16.

One change from last year is the Blue Jays will be playing in front of fans in Buffalo after fans were barred from attending games. New York state is allowing about 6,600 fans — representing 35% capacity — to attend games with number expanding to 45% in two weeks.

The Blue Jays expect to enjoy more of a home-field advantage in Buffalo, as opposed to Dunedin where their games attracted either neutral crowds or fans of the visiting teams. Many of the Blue Jays players, including slugger Vladimir Guerrero Jr., are familiar to Buffalo fans after having spent time playing for the Triple-A Bison.

Shapiro declined to place a timeframe on when the Blue Jays would have to commit to staying in Buffalo beyond July 4. He did suggest it would take up to three weeks for the team to relocate to Toronto should the Blue Jays receive government approval.

Shapiro declined to get into hypotheticals when asked whether the Blue Jays would return home if fans could not attend games by saying any option would be discussed among the team’s staff and players.

“We want to get home. I think that’s the overarching feeling, that desire to be back in Toronto. But it’s hard to answer that hypothetical,” Shapiro said.

He then chuckled when asked of the possibility the team having to relocate a third time this year. 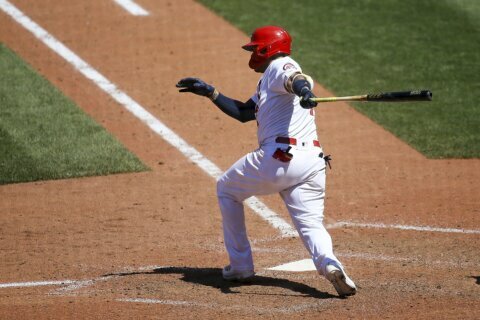 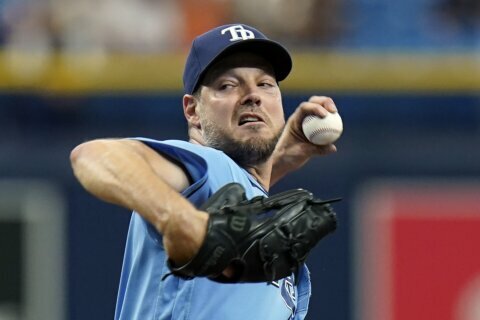