The game was tied at 4 when Josh VanMeter led off the D-backs’ eighth with a walk. David Peralta singled with one out and Vogt followed with a drive down the right-field line that rattled around the corner, which allowed both runners to score easily.

Rojas and Varsho added with run-scoring doubles and the once tight game was suddenly a comfortable win. The D-backs improved to 15-13 and have won 10 of 13 games since a 5-10 start to the season.

Arizona took three of four games from Colorado, which fell to 10-18. Vogt’s triple was the 500th hit of his career.

The veteran catcher said his 500th hit was a special moment, even if it isn’t a huge number. Vogt was always a longshot to be a big leaguer after playing in college at an NAIA school before getting drafted in the 12th round in 2007. He didn’t play his first MLB game until he was 27 but grew into a two-time All-Star with the Oakland A’s before eventually coming to Arizona.

The D-backs were leading 4-2 going into the eighth but the Rockies rallied to tie the game off reliever Chris Devenski. Raimel Tapia and Garrett Hampson both had two-out, run-scoring singles before Devenski got out of the inning by striking out Ryan McMahon.

Arizona got a good start from Merrill Kelly, who gave up two runs over 5 2/3 innings. Devenski (1-0) got the win despite giving up two runs in the eighth.

Daniel Bard (1-2) took the loss after giving up all four runs in the eighth.

“The fastball command wasn’t great, velocity was there,” Colorado manager Bud Black said. “He threw some good breaking balls, but the back-breaker was Vogt. I think he was sitting on the breaking ball.”

Before the decisive D-backs’ rally, it was a back-and-forth game.

The Diamondbacks took a 1-0 lead in the second on Nick Heath’s double. It was Heath’s first RBI in 11 games with Arizona.

The Rockies rallied in the third when Trevor Story turned on a full-count curveball and hit a two-run homer into the left-field seats.

The Diamondbacks jumped ahead 3-2 in the fifth when Pavin Smith yanked a two-run homer into the right-field seats. It was his third homer of the season.

D-backs: Lovullo said OF Tim Locastro (dislocated finger) and 1B Christian Walker (strained oblique) were both playing in a game at the team’s alternate site in Scottsdale today.

D-backs: Arizona has a day off on Monday before a trip to Miami for a three-game series. Lovullo said he hasn’t decided who will throw on Tuesday. The Marlins plan to use RHP Sandy Alcantara (1-2, 3.19). 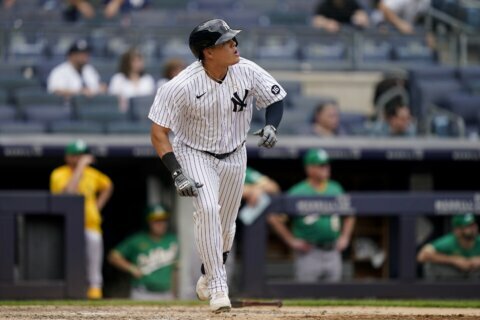 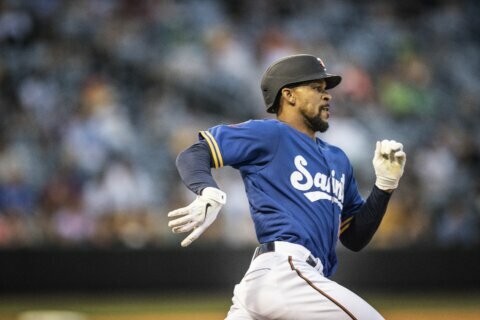