Sheffield and four relievers combined on a five-hitter as the Mariners won two of three in the series. Sheffield was shaky early, letting two baserunners reach in each of the first three innings. But the Angels never got the hit they needed to capitalize on any of the traffic on the bases.

“It’s funny how the game works. Walk out of here with six innings, no runs and didn’t have the best command,” Sheffield said. “But at the end of the day, I’ll take it. Anything for the team to win.”

Seattle didn’t manage much offense, scoring three runs or fewer for the fifth time in eight games. Dylan Moore’s two-out RBI single in the fourth gave the Mariners the lead, and Mitch Haniger added a sacrifice fly an inning later.

Sheffield (2-2) walked three and plunked two batters, but struck out four and rebounded from his previous start against Houston when he was knocked around for 12 hits.

“That is a really tough lineup to get through,” Seattle manager Scott Servais said. “They have all kinds of power up and down that lineup. … That’s what it takes. It takes guys stepping up, battling, and keeping your team in the game.”

The left-hander got a key double play off the bat of Jared Walsh to end the third with Shohei Ohtani on third base. Sheffield retired 11 of the final 13 batters he faced, the only baserunners coming on a walk to David Fletcher and Walsh’s one-out single in the sixth.

Sheffield’s performance was critical for a Seattle relief corps that was taxed after heavy work in the previous two games and an expected bullpen day for Monday’s matchup with Baltimore.

Will Vest, Anthony Misiewicz and Kendall Graveman combined to work the seventh and eighth, and Rafael Montero closed out the ninth for his fourth save in eight opportunities.

Los Angeles starter Dylan Bundy retired 11 of his first 12 batters, but ran into trouble in the fourth. He gave up three singles, the last by Moore to score Kyle Seager. Luis Torrens led off the fifth with a ground-rule double and scored on Haniger’s sacrifice fly.

“Dylan was very good again. When you go six — and he could have gone seven there probably — and only give up two runs, with our offense you’d like to think we’d have a better chance to win the game. It just didn’t play out today,” Angels manager Joe Maddon said.

Ohtani was hit on the right elbow by a pitch from Sheffield in the first inning. Maddon said the elbow was sore and the Angels would need to check on Ohtani on Monday morning as to whether he’d still be able to pitch Monday night against Tampa Bay. Ohtani was wearing a pad on the elbow.

“He had good at-bats the rest of the way. It did not look like it was inhibited,” Maddon said. “I thought he looked pretty normal after that event. He was sore but he kept telling me it was feeling better.”

Angels: Los Angeles placed LHP Tony Watson on the 10-day injured list due to a left calf strain and recalled RHP James Hoyt. Watson had appeared in nine games and allowed one earned run for the Angels. He threw 1 2/3 innings Wednesday against Texas but had not appeared since.

Hoyt appeared in 24 games last season for Miami and had a 1.23 ERA.

Mariners: Placed reliever Casey Sadler on the 10-day injured list due to shoulder inflammation and recalled RHP Erik Swanson from the alternate training site. Sadler threw one inning Friday night against the Angels, retiring the side on just seven pitches. He’s 0-1 with a 1.64 ERA in 11 appearances. Swanson was with the club for four days in April and pitched two scoreless innings April 13 against Baltimore in his only appearance of the season.

Angels: Return home to open a four-game series against the Rays with Ohtani (1-0, 3.29 ERA) scheduled for his fourth start.

Mariners: Seattle opens a three-game series with Baltimore on Monday and expects it to be a bullpen day due to injuries in the starting rotation. Servais was unsure who would start, but mentioned Swanson and Robert Dugger as possibilities. 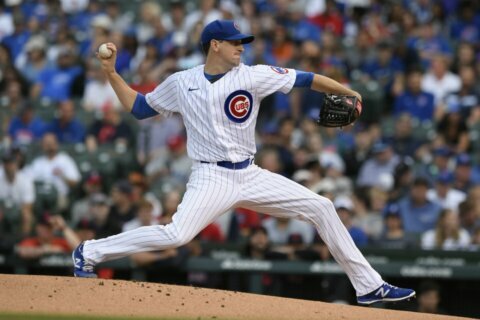 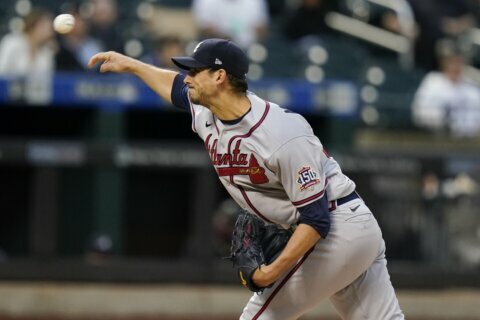 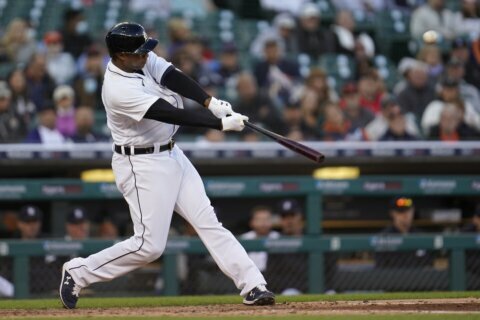