MINNEAPOLIS (AP) — Miguel Sanó snapped a 19-game homerless drought with a three-run homer in the eighth inning and the Minnesota Twins came back to beat the Oakland Athletics 5-4 on Saturday.

Sanó pounded his chest and gestured to his teammates as he rounded the bases after his homer off Oakland left-hander Jake Diekman just reached the overhang in right field. Sanó was hitting just .114 this season before the homer, which was just his second of the year and first since the third game of the season.

Sanó foreshadowed the moment a day before with Minnesota starter José Berríos.

“I told him, ‘Berry, if I’m in the lineup tomorrow, 100 percent, I’m going to do something special to win the game,’” Sanó said. “That’s the mindset I have all the time. Try to go out there, compete. That’s a big-time, big moment.”

“We got a moment there that’s a moment that I think can really energize everything happening right now,” Minnesota manager Rocco Baldelli said. “It was a big thing for our team and a big thing for Miguel Sanó. It was the kind of day that you remember, you build off of.”

Alex Colomé (2-3) pitched a scoreless inning in relief of Berríos. Hansel Robles secured his first save of the year despite a one-out double from Chad Pinder in the ninth.

Diekman (2-1) pitched 1/3 of an inning for the Athletics. Yusmeiro Petit had allowed two singles and two walks before giving way to Diekman.

The Athletics have hit six home runs in the first two games of the series and started the day leading the American League with 53 homers, just three behind Atlanta for the major league lead.

The comeback ruined another quality start from Oakland left-hander Cole Irvin, his fourth in a row. Irvin gave up one run in 6 2/3 innings. After hits to the first two batters of the game, he was on cruise control and reached the seventh inning with 66 pitches and 51 strikes thrown.

The Twins loaded the bases in the seventh. Petit relieved Irvin and the inning ended as Oakland third baseman Matt Chapman reached over the rolled-up tarp to catch a foul ball off the bat of pinch-hitter Luis Arraez.

“To be honest, the objective was just to throw strikes, get outs,” Irvin said. “I thought I did a really good job of that. (Catcher Aramis Garcia) and I didn’t really feel like throwing too many sliders, either. I threw two sliders on the whole day. It just tells you the four-seam and changeup were working today.”

Berríos kept Minnesota in the game. He allowed both homers but managed to pitch a season-high seven innings and gave up four runs on eight hits.

Athletics: 1B Mitch Moreland was out of the lineup as he deals with side tightness. Melvin said Moreland was feeling sore after sustaining the injury in Friday’s game and the team would likely make a determination on his status after the game.

Twins: OF Jake Cave was placed on the 60-day injured list with a stress reaction in his low back. Baldelli said Cave had been dealing with back soreness. He’s hit .167 in 31 games this season. To replace Cave, Minnesota selected the contract of OF Rob Refsnyder from Triple-A St. Paul.

RHP Chris Bassitt (3-2, 3.54 ERA) is scheduled to start Sunday’s series finale for Oakland. Minnesota will start RHP Kenta Maeda (2-2, 5.08). Bassitt is 3-0 with a 2.92 ERA and .207 opponent batting average over his last six starts. Maeda gave up seven runs and eight hits in three innings in a start at Oakland on April 21. 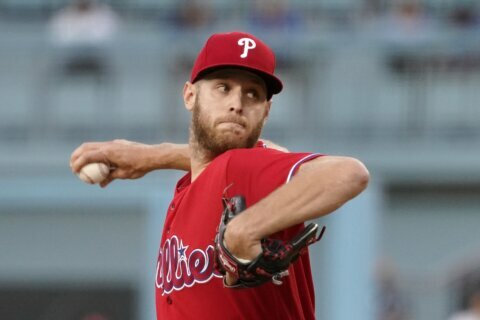 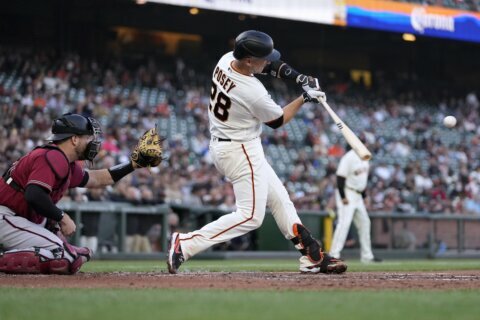 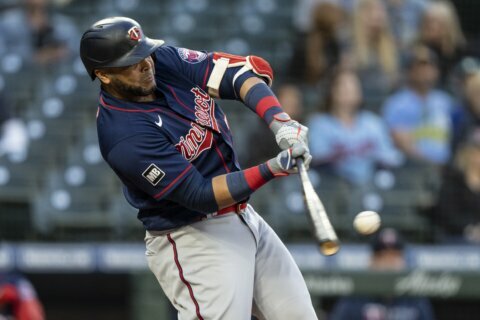