Rockies game against Giants postponed due to rain

DENVER (AP) — Colorado Rockies left-hander Kyle Freeland will be back on the mound Tuesday at Coors Field, just not as part of a doubleheader against the San Francisco Giants.

Only for a simulated game.

Still, it’s another big step in the recovery process for Freeland, who’s been out all season with a strain in his pitching shoulder. Freeland is scheduled to throw a pair of simulated innings before the Rockies and Giants play two after rain wiped out their game Monday.

The first game will be at 5:40 p.m. EDT and the second one will start no later than 45 minutes after the first contest. Both games will be seven innings.

A silver lining to the postponement could be this: More time to heal for Rockies shortstop Trevor Story after he was hit on the right index finger by a pitch Sunday in Arizona. Had the game been played Monday, manager Bud Black seemed confident Story could’ve been in the lineup.

“He’s doing fine,” Black said. “I just passed the cage and he was in there hacking.”

Germán Márquez will start the first game for the Rockies on Tuesday, with the starter in the night cap to be determined. Giants right-hander Aaron Sanchez, who was scheduled to pitch Monday, will start one of the two games Tuesday with lefty Alex Wood taking the mound in the other game.

One of the Rockies hitters scheduled to face Freeland in the simulated game will be infielder Brendan Rodgers, who’s working his way back from a right hamstring injury. Rodgers recently took some grounders and ran the bases in Arizona, along with hitting in the cage.

“Brendan is in a really good place,” Black said.

As for Freeland, the Rockies are planning to take him on their upcoming trip to St. Louis for more work. There’s also a chance he may soon begin a Triple-A rehab assignment.

Giants: MGR Gabe Kapler said INF Tommy La Stella had an MRI on his strained left hamstring but results weren’t immediately available. “He is feeling a good amount of tightness today moving around,” Kapler said, noting La Stella likely will go on the injured list. … RH Reyes Moronta was examined by team orthopedist Dr. Ken Akizuki on Sunday and an MRI was done Monday on the reliever’s tight forearm. … SS Brandon Crawford’s bruised left calf from getting hit by a pitch “continues to feel better and we’ll evaluate his availability to start one of tomorrow’s games,” Kapler said.

Rockies: RH Carlos Estévez was placed on the 10-day injured list with a strained right middle finger. The move is retroactive to April 30. OF Sam Hilliard was recalled from Colorado’s alternate training site. 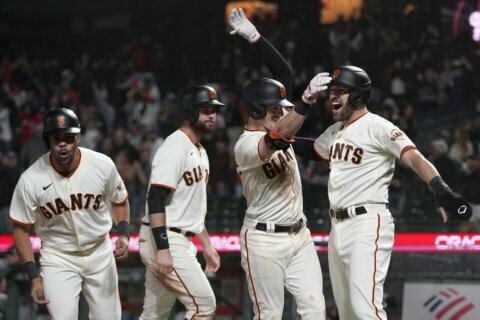 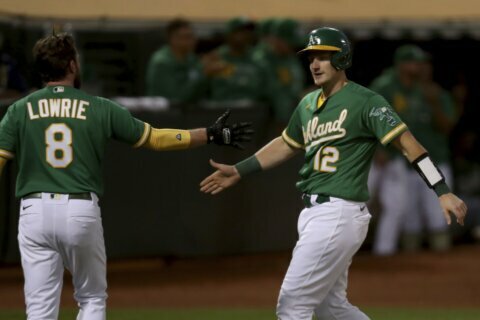 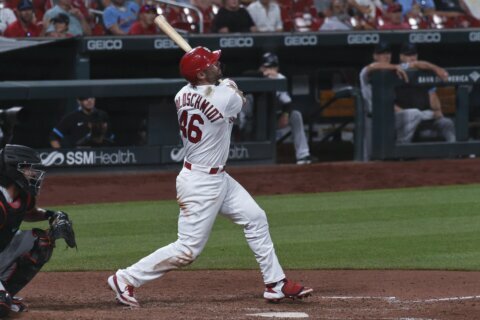