New York announced the positive test for Nevin, who is fully vaccinated, about two hours before the first pitch Tuesday night at Tampa Bay. Willits’ positive test was announced after the Yankees beat the Rays 3-1.

Willits and the unidentified staff member are fully vaccinated as well.

Under Major League Baseball’s guidance and advice, and with its assistance, additional testing and contact tracing are ongoing.

Several coaches missed the game due to contact tracing, but Boone said the tracing did not include any players.

“We have a few other staff, coaches that are still pending and we don’t have confirmation on,” Boone said before the game. “There’s a few people that we sent home just as a precaution to make sure. We’re doing all we can to stay healthy. A little bit of a skeleton staff but nothing we can’t handle.”

“It’s a little scary, definitely,” Yankees catcher Gary Sánchez said through a translator. “You don’t want to contract the virus and be out 10 days or so. Lucky that no player was infected and we were able to play tonight. That’s all you can do, you just focus on the game, focus on doing our job, try to get through it.”

Boone said the Yankees are preparing as though they will play Wednesday night.

The Yankees on April 30 were able to relax MLB protocols after reaching an 85% vaccination rate among players and staff such as managers, coaches and athletic trainers. The team spoke with MLB officials about the situation.

“We’ll have to definitely evaluate and make sure we’re doing everything we possibly can to prevent things from happening,” Boone said.

Cole planned to wear a mask in the dugout during Tuesday night’s game.

“We’ve all learned that playing through a pandemic last year, nothing surprises you, but it catches you off guard a little bit,” Boone said. “Playing the 2020 season, going through spring training, playing this year and not having an issue, it still hits you, it still stops you in your tracks. Without question we’re certainly more equipped to deal with it.”

NOTES: CF Aaron Hicks was a late scratch with a bruised right shin. He fouled a ball off it in the eighth inning of Sunday’s game against Washington. … Aaron Judge started in right field after being rested Sunday and hit a first-pitch homer in the first inning. He has been dealing with what Boone is calling “lower leg stuff.” … 3B Gio Urshela (sore left knee) was back in the lineup for the first time since leaving Thursday’s game against Houston. 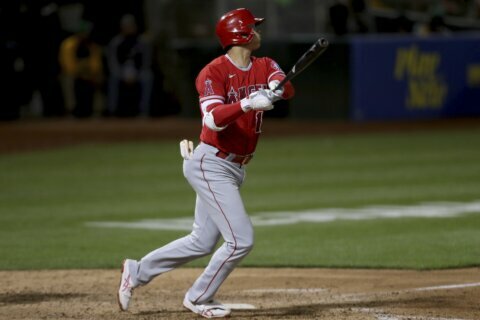 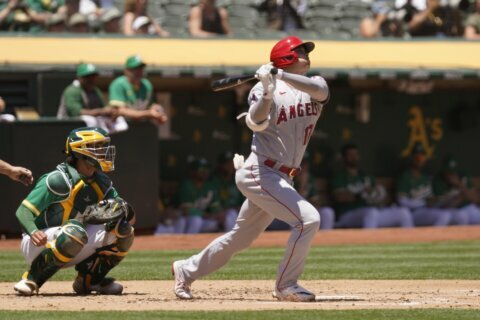