LOS ANGELES (AP) — Albert Pujols is grateful to be chasing another World Series ring now with the Los Angeles Dodgers, yet he’s also disputing the Los Angeles Angels’ version of the circumstances that led to his big move up the freeway.

The 41-year-old slugger formally joined the Dodgers on a one-year deal Monday, vowing to contribute to the defending World Series champions as a first baseman, a pinch-hitter and a veteran mentor. He’ll wear a No. 55 jersey in Dodger Blue after sporting a red No. 5 with the Cardinals and the Angels throughout his first two major league decades.

“I feel like I’ve still got some gasoline left in my tank,” Pujols said. “I’m really excited for this opportunity.”

Pujols was in the Dodgers’ lineup Monday night as their cleanup hitter and first baseman when they faced left-hander Madison Bumgarner in the opener of a four-game series with Arizona at Chavez Ravine.

The fifth-leading home run hitter in major league history said his role with the Dodgers will be “really whatever. I’m here to do whatever, you know. Pinch-hit, first base, whatever they want. I’m just excited to have this opportunity to wear this uniform.”

Pujols’ willingness to accept a situational role with the Dodgers contradicts the Angels’ public statements on the reasons the 10-time All-Star was unceremoniously cut earlier this month.

Pujols said nothing publicly when the Angels designated him for assignment, but he claimed Monday that the abrupt end to his largely unsuccessful 10-year, $240 million tenure with the Orange County club was entirely the Angels’ decision.

“It shocked me, I think like everybody,” Pujols said. “But at the end of the day, no hard feelings at all. I’m here with this organization and I’m excited about this opportunity. I’m not the only player that’s probably going to go through this.”

Angels President John Carpino and general manager Perry Minasian said the Halos mutually broke up with Pujols because the slugger wanted to play every day despite his declining statistical contributions. The Angels have two players at his positions — first baseman Jared Walsh and designated hitter Shohei Ohtani — with far superior offensive numbers.

“I think there’s a lot of things out there saying, ’Oh, you wanted more playing time, you wanted to play every day,’” Pujols said. “That never came out of my mouth.”

“My goal the last two years was never to try to be an everyday first baseman,” Pujols said. “I told you guys in spring training, whatever role they have for me, I’m going to go with. I understand they made that decision as an organization, a business decision, and no hard feelings. I understand that. So they had a talk with me, and that was it. Move forward, and I’m just glad to get another opportunity with another organization.”

“I really don’t have (a response),” Maddon said before the last-place Angels hosted Cleveland. “Semantics are semantics. I wish Albert nothing but the best. It’s great that he gets to go to work down the road from where he played, so there isn’t any transition for him or his family. I wasn’t actually in the room (with Pujols and Carpino). It doesn’t matter at this point. I’m not here to lament anything in the past.”

Pujols is joining the Dodgers as a clear backup and situational player, suggesting that playing for a title contender again after nine mostly dismal seasons in Anaheim was the most important factor to the two-time World Series champion. He will be the fourth former MVP in the Dodgers’ clubhouse, joining Mookie Betts, Cody Bellinger and Clayton Kershaw.

The struggling Halos will pay all but about $420,000 of Pujols’ $30 million salary this season while he plays on with their dominant local rivals.

Pujols’ $240 million contract included a 10-year personal services contract with the Angels that begins when he retires, but Pujols also said he won’t think about retirement until after this season ends, keeping open the possibility of playing again in 2022.

The most prolific hitter of his generation batted .198 with five homers and 12 RBIs this year while playing in 24 of the Angels’ 29 games, and he is in a 7-for-43 slump since April 20.

The Dodgers are a perennial powerhouse, but they began Monday with a whopping 13 players on their injured list after losing World Series MVP shortstop Corey Seager over the weekend to a broken hand. Their recent lineups have featured more prospects and borderline major leaguers than the stars expected to lead one of the majors’ most successful teams.

With Bellinger still sidelined by a hairline leg fracture, Pujols will play first base as a backup to Max Muncy, who moved to second base on Monday night with Gavin Lux filling in at shortstop. Lux is likely to be the Dodgers’ everyday shortstop while Seager heals for the next several weeks, and Muncy also plays third base occasionally to give a day off to Justin Turner.

Pujols has only 41 career plate appearances as a pinch-hitter, but the Dodgers are hoping he will provide a threat in spot situations as well. The right-handed-hitting Pujols could help the Dodgers to hit left-handed pitching, an area in which their lineup is below the major league average.

The Dodgers have a long organizational history of getting solid contributions from baseball greats near the close of their careers, most recently Chase Utley and David Freese. Pujols’ leadership and example were praised by Mike Trout and the Angels even while his offensive numbers dipped to below-average levels a half-decade ago.

Right-hander Tony Gonsolin was transferred to the 60-day injured list to make room on the 40-man roster for Pujols. The Dodgers also activated new infielder Yoshi Tsutsugo and left-hander David Price, who missed 17 games with a strained left hamstring. 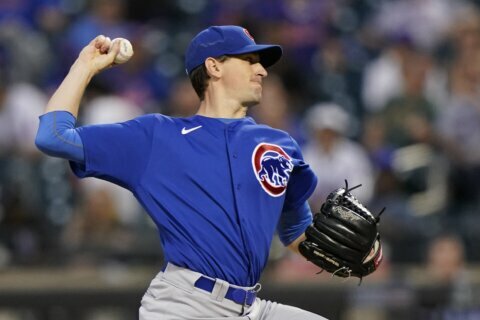 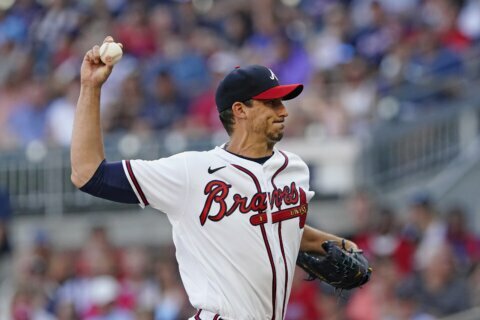