Pirates place 3B Hayes on IL with left wrist strain

Hayes, one of the preseason favorites for NL Rookie of the Year, got hurt on a swing during Saturday’s 5-1 loss to the Chicago Cubs. He also used his left hand diving back to first on a pickoff attempt.

Manager Derek Shelton said X-rays were negative, but an MRI showed some inflammation. Hayes had been listed as day to day, but he experienced more discomfort while he worked out before Pittsburgh’s 4-3 loss at Chicago, so the team decided to put him on the IL as a precaution.

Phillip Evans replaced Hayes at third for the series finale against the Cubs. He had three hits, but he also committed an error that brought home a run.

“I’m prepared for this position and I need to take advantage of it whenever I can,” Evans said.

Utilityman Wilmer Difo was promoted from the taxi squad to the active roster. Right-hander Tyler Bashlor was designated for assignment to make room for Difo on the 40-man roster.

Difo lined out as a pinch hitter in the ninth, ending the game.

The 24-year-old Hayes, the son of former big league infielder Charlie Hayes, made his big league debut last summer. He batted .376 with five homers and 11 RBIs in 24 games.

He hit a two-run drive off Kyle Hendricks during the Pirates’ 5-3 opening day victory over the Cubs on Thursday.

The Pirates also added right-hander Kyle Crick to their active roster and optioned right-hander Wil Crowe to the team’s alternate site. Crick had been away from the team for the birth of his child.

Crick pitched a scoreless inning in the loss to the Cubs.

“He threw some fastballs across his body, but he was able to settle down, execute his good pitches, threw the slider well,” Shelton said. “Good first outing for him after making the adjustment off the first few pitches.” 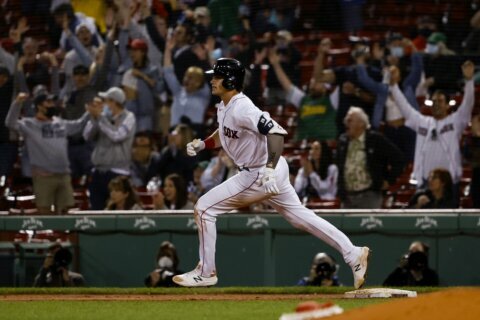 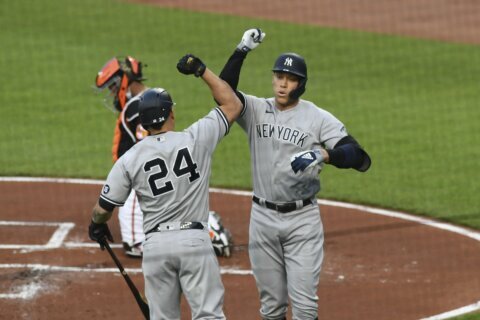 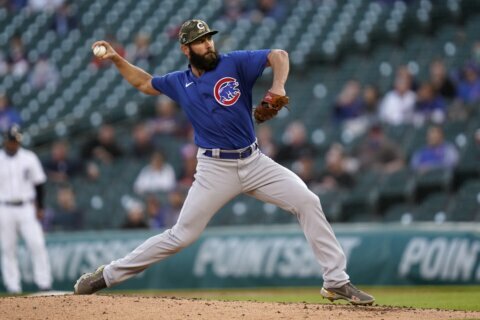