DENVER (AP) — Rhys Hoskins homered twice and drove in five runs to back seven solid innings from Aaron Nola that sent the Philadelphia Phillies past the Colorado Rockies 7-5 on Saturday night.

Nola (2-1), who threw a shutout Sunday against St. Louis, allowed four runs and six hits but settled down after the fifth. He retired his last seven batters, added a single at the plate and was on base for both of Hoskins’ homers.

“It’s cool when guys hit home runs when I’m on the base. I don’t have to run too hard,” Nola said. “Rhys came up big.”

Héctor Neris worked around a triple in the ninth to get his third save in four chances and preserve the win for Nola.

“Anytime you can go seven innings and only give up three or four runs here it’s not too bad,” Phillies manager Joe Girardi said. “It’s a lot different than other places. It was huge.”

It was the sixth time in his career Hoskins has hit two home runs in a game and the first since Sept. 2, 2019, at Cincinnati.

“I’m missing a lot less pitches right now,” Hoskins said. “There’s still a little bit to clean up and let the swing and the work and the prep show up in the game. Really happy with the results tonight.”

Hoskins’ first drive, a two-run shot in the third, put Philadelphia ahead 2-1. The Phillies tacked on two more in the inning on a single by Didi Gregorius and a sacrifice fly.

The Rockies tied it on Ryan McMahon’s two-run homer in the fifth but Philadelphia struck again in the sixth. A two-out walk to Andrew McCutchen put runners on first and second, and Hoskins took Jhoulys Chacin (0-1) deep with a shot to right-center field.

”(Chacin) got ahead of Hoskins with a first-pitch fastball, and then it looked like he located a fastball, it looked like it was down and away, and somehow he lofted it and hit it out of the park,” Rockies manager Bud Black said.

Colorado scored a run in the eighth but had its three-game winning streak snapped.

“I think we’re playing good baseball,” McMahon said. “I know the record doesn’t reflect that, but we’ve been in a lot of games. We’re a couple of big knocks and a couple of big pitches away from a lot of different outcomes.”

Phillies: Girardi said LHPs Matt Moore and José Alvarado have been throwing on their own while on the COVID-19 protocol list. The plan is still for them to join the team in St. Louis on Monday. “They’ve been throwing against nets and stuff like that, trying to keep their arms going,” Girardi said. “We’ll have to decide where we are on Monday, but it’s possible they’ll be back with us.” … INF Brad Miller was available off the bench a day after being out with a stiff neck.

Rockies catcher Elias Diaz gave the Rockies a defensive boost in the late innings. In the sixth he jumped on Nola’s bunt and threw out Nick Maton at third, and with McCutchen batting he had a perfect throw to get Roman Quinn trying to steal third.

Diaz came up big again in the ninth when he picked off Hoskins at first to end the inning and keep it a two-run game.

Rockies outfielder Charlie Blackmon has a career batting average of .302 but is hitting just .153 this season. It’s a steep drop from 2017, the year he won the NL batting title and set a record for RBIs from the leadoff position with 103.

Black professed confidence in Blackmon, calling his slump “an aberration,” but added there have been discussions about moving him down the lineup from the cleanup spot.

“We have talked about that as a group, but we’re not ready to do that, just yet,” Black said. “We’ll see, in due time, if this continues.” 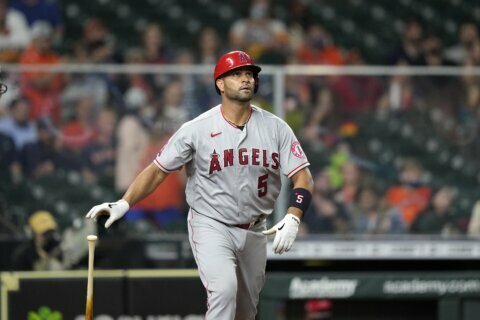 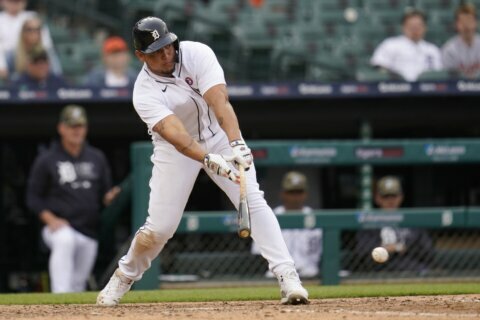 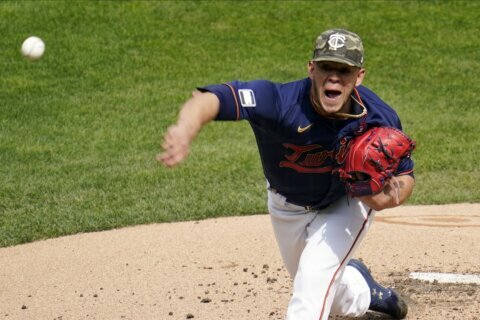