From feel-good story to not so good: D-Backs’ Calhoun out

PHOENIX (AP) — Arizona Diamondbacks outfielder Kole Calhoun, who playfully fist-bumped a teenaged fan after being outreached for a foul ball last weekend, is expected to miss six to eight weeks because of an injured left hamstring.

Calhoun underwent a procedure Friday to remove a tendon in his hamstring, the team said. He suffered the injury while stealing third base in a 5-1 victory over San Diego on Tuesday.

Diamondbacks general manager Mike Hazen said NFL players have had the same operation as Calhoun, but was unsure if a baseball player had undergone the same procedure.

“My understanding of it was that not having it removed could have caused more long-term lingering issues,” Hazen said.

“This procedure allows for a quicker healing process, because you wouldn’t be waiting for that tendon to heal. Six-to-eight week range is probably a starting point,” he said.

The 33-year-old Calhoun is hitting .292 with two home runs and five RBIs.

The previous Friday, Calhoun went chasing a foul ball hit by Austin Riley in Atlanta. As Calhoun reached into the stands, the fan made the catch — because the ball was in the seats, there was no interference.

As the fan celebrated and showed off the ball, Calhoun gave him a fist bump and smiled. Calhoun kidded with the fan later in the game. 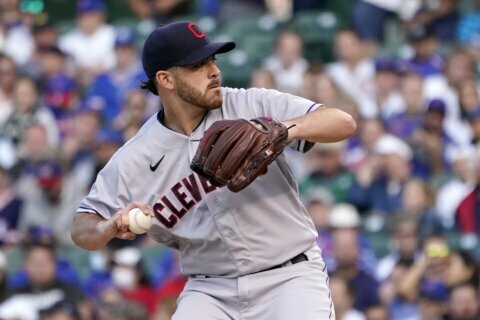