ST. LOUIS (AP) — Yadier Molina homered and doubled before leaving because of a sore foot, and the St. Louis Cardinals sent the Cincinnati Reds to their fifth straight loss, 5-4 Friday night.

Molina raised his batting average to .339 in helping St. Louis build a 5-0 lead. But the star catcher exited after batting in the fifth inning because of soreness in his right foot.

Manager Mike Shildt didn’t have a report on the severity of the injury postgame.

“We noticed it looked like he favored something after his swing, and then he came in and we got him treatment and made the decision to get him out of there and get him looked at,” Shildt said.

Sonny Gray (0-1) gave up five runs and six hits and three walks in 3 2/3 innings in his second start after opening the season on the 10-day injured list with a strained back muscle. The Reds have lost five straight games for the first time since Sept. 22-27, 2019.

“It was one inning for me and I couldn’t get out of that one inning,” Gray said. “I put us in a pretty big hole there in the third inning of a game on the road.”

Cincinnati scored three times in the ninth before Alex Reyes got the final two outs for his fourth save.

Reyes walked Tyler Naquin to load the bases and then walked Jesse Winker to score another run. Castellanos struck out, but a wild pitch on strike three allowed Barnhart to score.

Eugenio Suárez worked a 3-2 count against Reyes before he struck out looking to end the game.

Molina hit his fifth home run of the season in the second to put St. Louis up 1-0.

The Cardinals broke the game open with a four-run, one-out rally in the third. Paul Goldschmidt doubled in two runs, Nolan Arenado singled to drive in Goldschmidt and Molina doubled to right-center.

“I have had guys on and haven’t done a great job driving them in,” Goldschmidt said. “To be able to come through there and open up that lead was good.”

Nick Castellanos homered to left to open the Reds sixth. It was his seventh homer of the season and his 1,000th career hit.

Castellanos was serenaded with boos in his first game back from serving a two-game suspension for precipitating a benches-clearing incident against the Cardinals on April 3.

Reds: INF Mike Moustakas continues to recover from a non-COVID-19-related illness that has kept him on the 10-day injured list retroactive to April 17.

“We’re going to take the weekend to get him back into as much baseball activity as he needs and have him ready to go in LA,” manager David Bell said.

Cardinals: Placed 1B John Nogowski on the 10-day injured list retroactive to Apr. 20 with a bone bruise on his left hand and activated OF Tyler O’Neill (right groin strain). 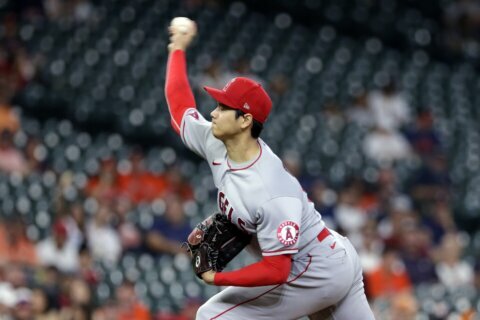 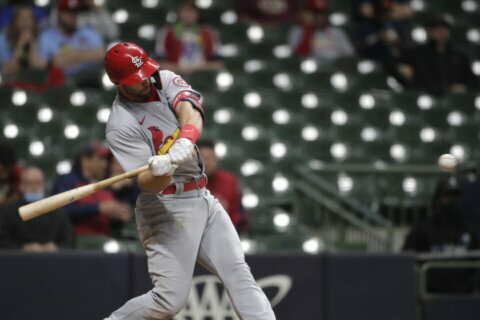 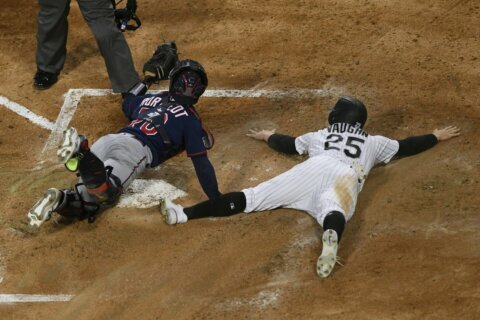