ANAHEIM, Calif. (AP) — David Fletcher agreed to a five-year, $26 million contract with the Angels on Thursday, capping his rise from an unheralded infield prospect to a key figure in Los Angeles’ future.

The Halos announced the deal with their homegrown talent before taking the field for their season opener against the Chicago White Sox with Fletcher batting leadoff and playing second base.

Fletcher, who would have been eligible for arbitration for the first time after this season, agreed to a new deal that stretches through his arbitration years and across his first two potential seasons of free agency. The contract could be worth up to $41 million because it includes two club options worth $8 million in 2026 and $8.5 million in 2027.

“It’s exciting to me to know I’m going to be playing at home for a while now,” Fletcher said. “I wouldn’t want to be anywhere else. Ideally, if it was up to me, I’d play here my whole career, and I have a lot of work to do to make that happen, but I’m excited.”

Fletcher is a former sixth-round pick who was born and raised in Orange County before playing at Loyola Marymount. Once considered a fringe major league prospect, he has relentlessly played his way into a starting job at second base and an important role in the Angels’ lineup since his debut in 2018.

The deal is a sign of new Angels general manager Perry Minasian’s belief in Fletcher, who became just the fifth player with a financial commitment from the team beyond the current season. Only Mike Trout, Anthony Rendon and Fletcher are signed beyond 2022.

“The guy is from the area, and he’s what we want to be about,” Minasian said. “Before I took this job, I watched a lot of video, and obviously there’s some big-name guys on this team, and the guy that stood out over and over again was Fletch.”

Fletcher is a throwback player in many ways — a high-volume contact hitter who doesn’t rely on homers, hardly ever strikes out and plays stellar defense at multiple positions.

Fletcher is a career .292 hitter with 10 homers and 92 RBIs in his three big league seasons, frequently serving as the Angels’ leadoff hitter in that stretch. His 239 hits in the past two years are the seventh-most in the AL, and he led the Angels in hits and doubles last season while finishing third in the league with a .319 average.

“I just try to play the game the right way,” Fletcher said. “I like to think I inspire some younger kids to be OK with just going out and playing the game hard and getting the most out of what you can do. … I don’t think I was really overlooked. I just think people value different things. I just play the game, and might not have as good of tools as other guys, and some of those things don’t really get measured, but it’s nice to see me getting rewarded for that.”

Fletcher loves the Angels as much as they love him: He was born in Orange, California, next-door to Anaheim, and attended high school a few miles away in Cypress.

“I don’t take it for granted, playing at home,” Fletcher said. “It’s a big thing for me. I’m really fortunate to be able to do so, and especially here with great fans and great people around here.”

Along with providing sturdy defense at second base, shortstop or third base, Fletcher also is among the toughest players to strike out in recent history. His 9.67 plate appearances per strikeout since 2018 are the second-most in the big leagues.

The Angels value Fletcher’s defensive versatility along with his offensive skills. Although shortstop is his natural position, he can also play the corner outfield spots along with three infield positions.

“That was an intriguing part of this,” Minasian said. “He can do so many different things on the field. To have this player locked up for as long as we do is beneficial, and he’s the type of guy that will play anywhere. … I’ll bet if we asked him to put on the (catcher’s) gear, he’d do it. That’s the kind of guy he is.” 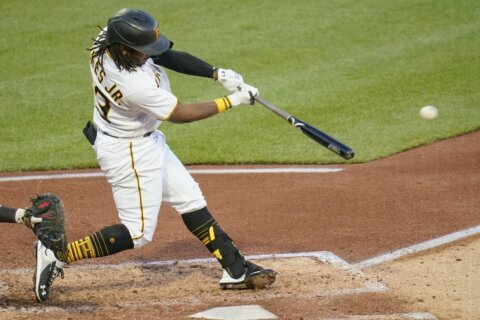 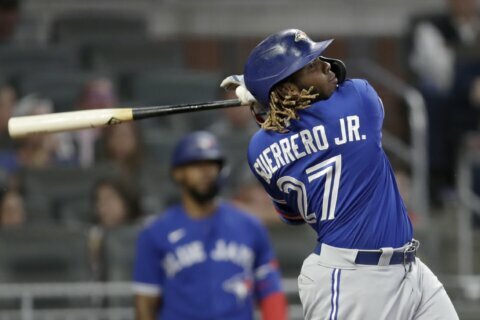 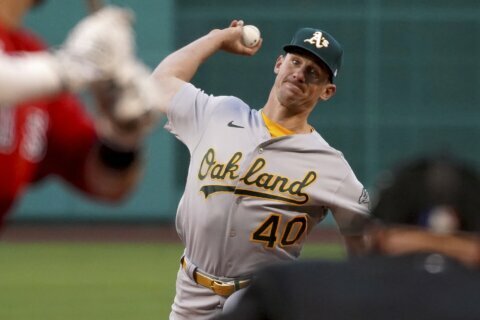 New
Photos: Cicadas on the crawl around DC area