The lost year: Minor leaguers reflect on a canceled season

Matt Seelinger sat in the visitor’s bullpen at Surprise Stadium, waiting for his turn to pitch. The San Francisco Giants right-hander had never played above Class A. Now, in a Cactus League exhibition against the Texas Rangers, he was in line to toe a major league mound for the first time.

Then it started to storm in Arizona.

“Just my luck, it rains in the desert,” Seelinger said.

The Giants and Rangers called off the game after five innings, and Seelinger returned to his hotel. That’s where he was, trying not to lament his missed opportunity, when he saw the headline on TV:

The NBA was suspending its season after Utah Jazz player Rudy Gobert tested positive for the coronavirus. Seelinger figured baseball wouldn’t be far behind.

More than a year later, Seelinger and several thousand other minor leaguers are finally getting back to work. After major league players depart their camps in Florida and Arizona to begin the big league season on Thursday, the lucky minor leaguers who kept their jobs through the past year will take their places in spring training, resuming careers put on pause by the pandemic.

They’ll have some stories to swap — about power lifting with truck parts, box jumping on electrical units, constructing makeshift bullpens in their back yards. About moving in with parents and working odd jobs to cover expenses. About being locked in apartments for months on end, not even allowed out for groceries.

“Each industry in this world went through stuff, but us baseball players, we only have X amount of years to play our sport, and we lost a year,” Seelinger said. “I’ll never get that year back. You don’t think of it like that because that’s not a good mindset to have. But that’s just a reality.”

Last year was supposed to be a pivotal one for Nick Garland. Undrafted as a senior out of Central Connecticut State, the catcher once drove from facility to facility along Florida’s Gulf Coast, demanding to speak to farm directors so he could ask for a job. It had worked — he was in camp with the Minnesota Twins last spring, trying to lock up a roster spot at one of their low-level affiliates.

Instead, he was sent back to his parent’s house on Long Island, where every ballfield and batting cage was closed while New York fought to flatten the curve. Desperate for somewhere to practice, he pleaded with his parents to build a cage on their front lawn.

“I’m like, ‘This is my career. I need to get my work in,’” he recalled shouting.

Garland got his batting cage — briefly. He and another nearby player, Bobby Honeyman of the Seattle Mariners, bought a popup structure designed for Little Leaguers and set it up outside Garland’s house.

“I remember all the neighbors were just looking at us like, ‘What the hell are these kids doing?’” he said. “We thought it was the coolest thing ever. Five swings in, we put five holes in it.”

Garland had better luck working on his defense thanks to Seelinger, who lives nearby. Needing somewhere to throw, Seelinger and his dad built their own mound from plywood and artificial turf and set up a bullpen in their backyard. Garland came over frequently to catch, and that’s how they stayed sharp until parks began to reopen around June.

Elsewhere, players did whatever they could to stay in shape. Jake Fishman, a left-hander for the Miami Marlins, began deadlifting a neighbor’s crane stabilizers — big hunks of metal used to keep trucks and other machinery in place.

Oakland A’s catcher Collin Theroux couldn’t find anything heavy, so he focused on explosiveness. Among his workouts — venturing into the parking lot of his girlfriend’s apartment complex and jumping on benches, electrical units or whatever else he could find.

“Everybody was just embracing the weird at that point,” Theroux said. “Normally I think I would shy away from that, but I think those times called for people giving you a pass on being weird.”

Peterson Plaz, an outfielder with the Cincinnati Reds, would have loved just to go outside. The 22-year-old from Venezuela hasn’t been home in two years due to the political and economic crisis there. Like many of his countrymen, he was among the few players allowed by MLB to remain in team housing when spring training was shuttered.

He quarantined in an apartment with a teammate for over two months, not even allowed to leave to grocery shop — a team nutritionist would FaceTime him from the market to make sure he got what he wanted. The Reds provided exercise bands and workout programs via Zoom, but even going outside to throw was prohibited.

“We were in our apartment, going nowhere,” he said. “Just sitting there watching TV or doing our workouts.

“It was hard, especially for us, when Americans went home and we couldn’t. It was frustrating.”

Still, the lockdown hardly helped his big league aspirations. That much became clear when Plaz and his teammates finally returned to the team facility around August.

“We were feeling like we didn’t know how to play baseball,” he said. “It was crazy. We were bad. We were looking at each other like, ‘Oh my God, you’re fat,’ or ‘You can’t even swing, you can’t even run.’ It was a challenge because then we had to start from zero again.”

Hitters in particular had a hard time staying game ready. Live at-bats against real pitchers were hard to find for many during the lockdown. Without that, there was little batters could do to maintain timing and refine their skills.

Pitchers, though, say they adapted. Once it became clear there would be no 2020 season, many started velocity training programs or tried developing new pitches — experiments best undertaken without the stress of pitching in games two to three times per week.

Hitters are wary of what they might be walking into.

“Being on social media has been a nightmare,” said Theroux, the Oakland catcher. “You can’t scroll for more than a minute before seeing a guy throw 100.”

Players are also ready to start cashing paychecks again after scrambling to find sidework in a hamstrung economy.

Major league teams sent players roughly $400 weekly allowances through the scheduled end of the 2020 season in August — a raise for players in Class A who had a minimum weekly salary of $290 in 2019. Still, many sought other means of income. Fishman turned to software development, making an audio visualizing app for Apple laptops. Plaz, once he was allowed to leave his apartment, assisted an electrician and did other handiwork. Others were able to give private lessons to younger players.

Many also received grants from More Than Baseball, a nonprofit that raised over $650,000 thanks in part to sizeable donations from big leaguers Adam Wainwright and Daniel Murphy. Garland said he got $500, and Theroux and Plaz also confirmed getting MTB funds.

Players will be returning to camps that are notably smaller after MLB contracted 40 minor league franchises this offseason, eliminating around 1,000 roster spots.

Garland is among the new free agents hoping to get noticed after his contract with Minnesota wasn’t renewed. A career .063 hitter in six affiliated games, the 25-year-old isn’t giving in yet.

“For a lot of people, it’s, ‘No, you can’t. What are you doing? Get a job,’” he said. “In my head, this is my job. This is what I see myself doing. I believe in myself, and that’s it. I think a lot of guys have that mentality. They believe in themselves, and that’s all they need.” 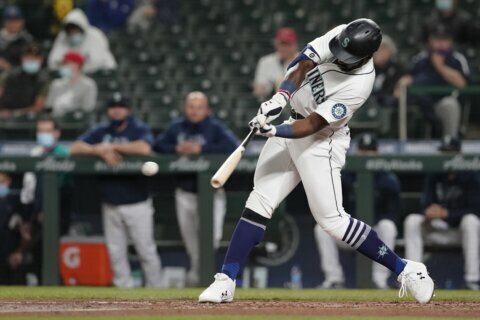 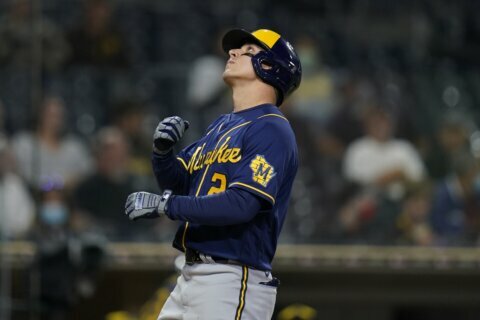 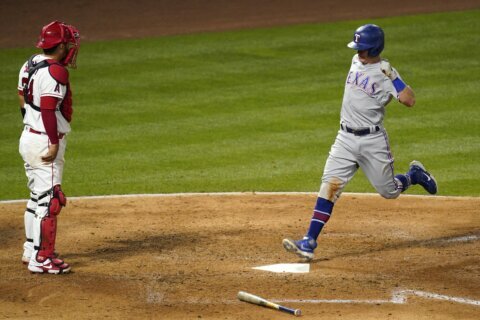