Star shortstop Fernando Tatis Jr. was feeling better a day after coming out of a game due to left shoulder discomfort, leaving the San Diego Padres and their fans breathing easier.

“He’s feeling really good today. In fact he was lobbying to get in the lineup today, so I thought that was very encouraging,” manager Jayce Tingler said Wednesday during a videoconference from Peoria, Arizona.

“He’s going to have a good work day today and we’ll kind of see where it goes. I think everybody’s kind of expecting him to be back in the lineup in the next day or two. Very encouraging news,” he said.

The sight of the electrifying 22-year-old suddenly leaving Tuesday’s game after making a backhanded play was a jolt to the Padres, who have high expectations for this season coming off San Diego’s first playoff appearance in 14 years. Tatis has quickly become one of the faces of baseball, and last month he signed the longest deal in major league history, for 14 years and $340 million.

Tatis fielded the ball hit by Cincinnati’s Jonathan India, made a one-hop throw to first base and then began walking off the field. He was met by Tingler and a trainer. After a few minutes in the dugout, Tatis headed toward the clubhouse accompanied by a trainer.

Tingler said after Tuesday’s game that Tatis has been dealing with a minor shoulder issue for a few years.

The manager said Wednesday that the Padres need to stay on top of the situation.

“I’m proud of the fact that ‘Tati’ said something. Realistically, if we’re in-season, he probably doesn’t say anything and he continues to play through it,” Tingler said.

“Right now he’s being very mature, very responsible, understands the timeline of where we’re at. I think it’s good for him to say something right now and it’s just something as a group — coaches, trainers, strength coaches — we’ve got to be on top of and continue to monitor and make sure we’re doing all our exercises to maintain a strong, healthy shoulder,” he said.

Tingler doesn’t know when Tatis first encountered the shoulder issue and didn’t know the medical term for it.

“Right now it just kind of pinched reaching for the ball. As far as has it been looked at? Of course it’s been looked at. Obviously he just did a very nice deal and we’re very thorough with those things. Look, there are no surprises here.”

Tatis is hitting .391 in 10 exhibition games, but it hasn’t been a smooth spring for him. He missed time with flu-like symptoms and then jarred himself after diving headfirst into home on a flyball to shallow left field in a game on March 13. That slide might have aggravated the shoulder issue, and it kept him out of several games.

Tatis has bloomed into a superstar despite not yet having played the equivalent of a full 162-game season. A hamstring injury and a stress reaction in his lower back limited him to 84 games during his rookie season of 2019, and last season was shortened to 60 games due to the pandemic. Tatis has played in 143 games, hitting .301 with 39 homers and 98 RBIs.

Tatis has endeared himself to fans with his hard-charging style of play, both defensively and especially on the basepaths. He’s vowed not to change, and the Padres don’t want him to change, either.

“I think it’s just something we’ve got to be ultra-aware,” Tingler said. “Yesterday was on a backhand. He’s going to play his game. The best thing is just continuing to talk to him about, when we get a chance to go feet first vs. headfirst, and sometimes just plays happen naturally. But as much as we can, to keep him sliding feet first instead of headfirst, that can be something to help him maintain it.

“I think the most important thing is being incredibly disciplined with the treatment and making sure you’re doing all the shoulder exercises to strengthen all the small muscles around the shoulder to make sure it’s as mobile and strong as possible.” 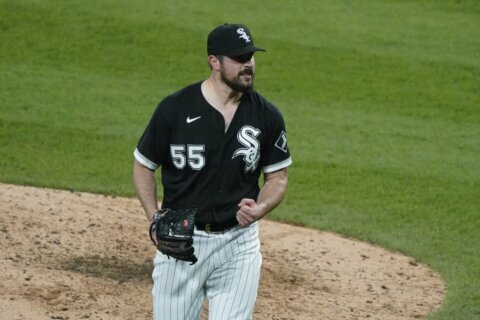 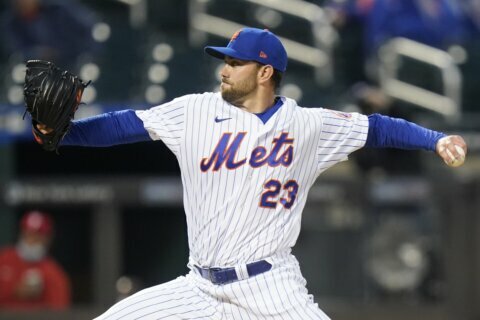 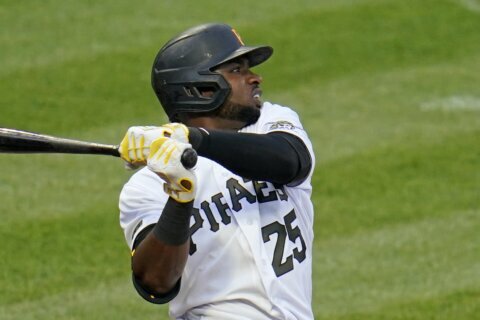