MIAMI (AP) — After Miami Marlins newcomer Gio González threw batting practice at the team’s spring training complex Tuesday, he sat to reminisce about growing up as a fan of the club, ticking off a long list of favorite players and souvenirs.

Topping the list: the foul ball he fetched as a 12-year-old off the bat of Luis Castillo.

“I was trying to get his autograph after the game,” González recalled with a laugh. “Now, as a guy who plays baseball, I understand why he took off pretty fast.”

González might be fending off autograph seekers himself in Miami this season — if he can make the team. He signed a minor league contract last week and is taking part in major league camp in Jupiter, Florida.

At 35, his attempt to extend a 13-year career that has included 131 victories and two All-Star seasons might fail. But the native of Hialeah, Florida, is closer than ever to pitching for the Marlins, a goal since childhood.

“Representing the Marlins is the dream of any kid from South Florida,’ he said. “To finally get a chance to put on this uniform, you find whatever you can in the tank to pitch for them.”

González pitched in 12 games last year with four starts for Chicago White Sox, his fourth team, and had an ERA of 4.83 while dealing with a sore shoulder.

The left-hander worked off some rust throwing to hitters Tuesday.

“He looked healthy,” Marlins pitching coach Mel Stottlemyre Jr. said. “It’s just a matter of him getting his reps and fine-tuning some stuff.”

González could provide experienced depth for one of the youngest rotations in the majors.

“I’ve got to show them I’m healthy, and then we’ll go from there,” he said.

González’s fondness for the Marlins is such that he became emotional during a Zoom interview when asked about the late ace José Fernández, briefly stepping away from the camera to collect himself.

Fernández and two others died in a 2016 boat crash.

“He was best friends with my brother,” González said. “I know the city loved him, and we loved him. It’s tragic. He’ll always have a special place in this baseball world.”

González pitched then for Washington, and has also been with Oakland and Milwaukee. Each time his team would visit Miami, friends and family filled the seats behind the visitors’ dugout.

“The monthly paycheck was going to the Marlins because of tickets,” he said with a laugh.

Come April, his fan club might cluster instead behind the home dugout to help González live his boyhood dream. It all depends on how much he has left in the tank this spring. 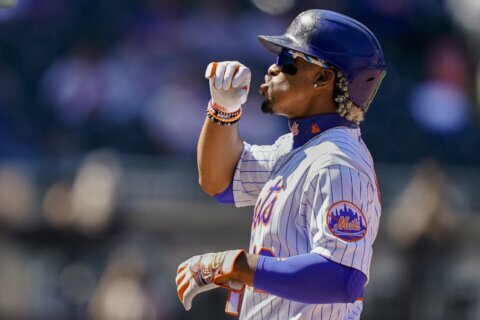 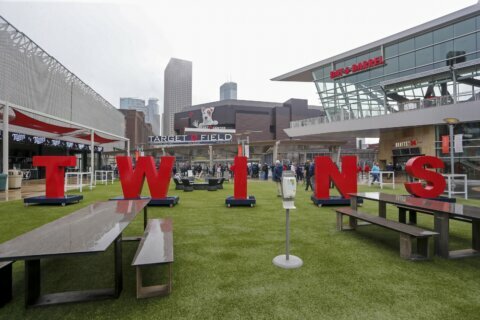