Bush making much different comeback for Rangers this time

This comeback is so much different for former No. 1 overall draft pick Matt Bush.

The hard-throwing reliever, now a 35-year-old husband and father, is coming back from injury after not pitching for the Texas Rangers since 2018.

“More of the rehab process, where before was more of just I hope and pray I’ll get a chance,” Bush said.

Bush’s previous comeback was from a much darker and lonely place off the field, after 3 1/2 years in prison following a DUI accident during spring training in 2012 while with the Tampa Bay Rays organization that seriously injured, and nearly killed, a 72-year-old man on a motorcycle.

“Last time I was definitely in an environment where it was almost like seriously a dream, if I can come back and play Major League Baseball,” Bush said. “I didn’t know if I had to go to independent ball and play, like where my opportunity could come, where my life would go in regards to making a living.”

Manager Chris Woodward said the right-hander will be on the opening day roster and will pitch in late-inning situations for the Rangers.

Bush hasn’t pitched for Texas since twice having surgery on his right elbow. There was a procedure in 2018 to repair and reinforce the partially torn ulnar collateral ligament. But that didn’t work and then he needed his second Tommy John surgery since being converted from shortstop to pitching not long after getting drafted by his hometown San Diego Padres.

Having those back-to-back surgeries didn’t deter Bush, who was a 30-year-old rookie in 2016 when he made his MLB debut with the Rangers. They had scouted him the previous fall in the parking lot of a restaurant where he was employed in a work-release program for the final months of his prison sentence.

That first big league game came nearly 12 years after he was drafted, the longest gap for an overall No. 1 to make his debut, and during the period when Bush had several alcohol-related incidents even before that near-fatal accident and time in prison.

Bush hasn’t had another drink since that accident, and said he is constantly in a one-day-at-a-time mindset while trusting in God and leaning on his family, loved ones and support group. He hasn’t forgotten the anguish, depression and loneliness he felt during his time in prison that he described as traumatic.

“I try never to lose my perspective and where I was, and the harm that I caused. And just the overall hurt, depression,” Bush said. “That’s not the way I ever envisioned living my life. So one day at a time things got better and I don’t ever want it to change. … Continue to stay sober and grateful, honest and a loving husband and father. That’s all I can do.”

When Bush and the team returned to Texas late Sunday after breaking camp in Arizona, it was the first time he got to see his daughter since departing from camp in mid-February only three days after she was born.

While Bush was confident that he would be able to make the team this spring, and was happy when he was informed over the weekend that he had, what really hit him was how happy his wife of nearly four years and his family were going to be for him.

“The thing that stands out for me is just the maturity level. Just to watch this guy kind of mature as a man, it’s been really cool,” Woodward said. “Obviously we’re in a performance-based industry. … But these are human beings, these are men that are dealing with life. And there’s nobody, no better representative of dealing with life than Matt Bush. And he talks about things, the struggles he’s gone through.”

Bush doesn’t take for granted the opportunity to pitch again. He is grateful for every day, whether on or off the field in Texas, where he met his wife and now calls home.

“I still am in a little bit of shock that everything has turned out the way it has, and that I’m still here,” he said. “And I feel as a player, I still feel very young and it’s exciting to be able to make another comeback.”

“I can’t wait to hand him the ball the first time” Woodward said, “and watch him go out and compete in a big league game again.” 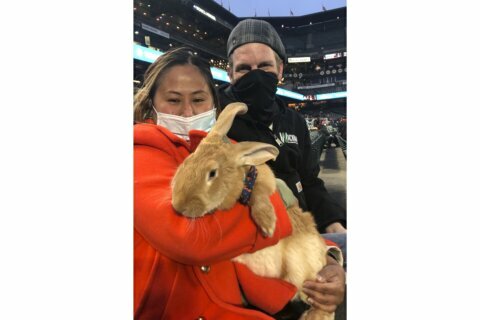