The Latest: No. 20 Florida State at Boston College postponed

Florida State’s men’s basketball game at Boston College on Tuesday night has been postponed because of a positive COVID-19 test and the resulting contact tracing among the No. 20 Seminoles.

Boston College was already down to four scholarship players but was prepared to play with five walk-ons from the scout team. But the Florida State positive test meant the game had to be put off anyway.

The ACC announced that the Seminoles’ games against Pittsburgh and No. 16 Virginia Tech on Saturday and Feb. 9 will also be postponed.

No makeup dates were immediately announced.

Earlier Monday, BC coach Jim Christian said his team was off for 11 days and he has only had two practices with the five walk-ons.

Boston College (3-10, 1-6 ACC) has not played since Jan. 16. Four previous games were postponed because of players testing positive or quarantining under the COVID-19 protocol.

Christian said other leagues wouldn’t proceed with the game unless there are enough scholarship players. The ACC allows games to go ahead as long as there are healthy bodies.

DePaul’s game next week at third-ranked Villanova has been postponed, one of three schedule adjustments for the Blue Demons announced Monday by the Big East Conference.

DePaul’s game against Xavier on Wednesday also has been postponed due to COVID-19-related issues in the Xavier program. DePaul’s previously postponed game at St. John’s on Jan. 2 has been rescheduled for Feb. 20.

A date for the rescheduled Villanova game will be announced once it’s finalized.

The NHL has announced the New Jersey Devils have been forced to postpone three games this week after four more players tested positive for COVID-19 on Monday.

New Jersey was scheduled to play the Penguins on Tuesday and Thursday in Pittsburgh. They also had a home game against the Rangers on Saturday afternoon.

On Monday, Andreas Johnsson, Janne Kuokkanen, Michael McLeod and Pavel Zacha all tested positive. They played in the games over the weekend.

New Jersey now has 10 players on the COVID list, including No. 1 goaltender MacKenzie Blackwood.

Two players on the list, defenseman Sami Vatanen and goaltender Aaron Dell, are isolating after signing with the team.

Kentucky will play at No. 18 Missouri on Wednesday night, one day later than scheduled, in an adjustment following a weekend pause because of positive COVID-19 testing, contact tracing and quarantining within the Wildcats’ program.

The pause resulted in the cancellation of Saturday night’s meeting in Lexington, Kentucky, against No. 5 Texas in the SEC/Big 12 Challenge. Wednesday’s game was adjusted in conjunction with Southeastern Conference and UK Athletics COVID-19 management requirements.

The sale of spring training tickets for St. Louis Cardinals and Miami Marlins games in Jupiter, Florida, has been delayed because of uncertainty about the schedule for games.

Roger Dean Stadium in Jupiter earlier had announced it would begin selling spring training tickets for the Cardinals and Marlins on Monday. It’s now uncertain when sales might begin.

The Cleveland Indians will not be allowing fans to watch their spring training workouts in Arizona due to the COVID-19 pandemic.

The team said Monday that per MLB guidelines, the club’s player development complex in Goodyear, Arizona, will not be open to fans. Cleveland’s facility is adjacent to one for the Cincinnati Reds.

There has not yet been a decision on whether fans will be able to attend spring training games. The Indians said Goodyear city officials are working with MLB to determine a fan policy.

Players are expected to report to Arizona in two weeks. 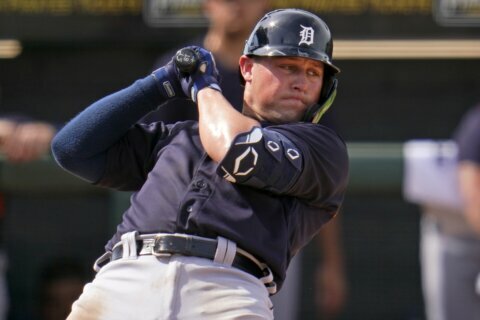 Top picks Torkelson, Mize at the center of Detroit’s rebuild 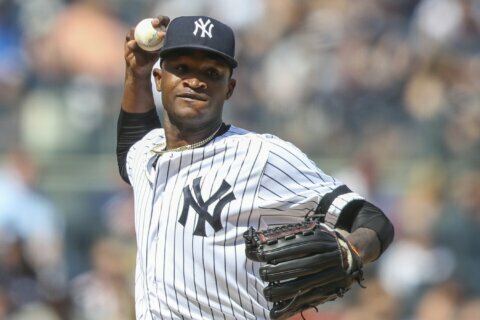 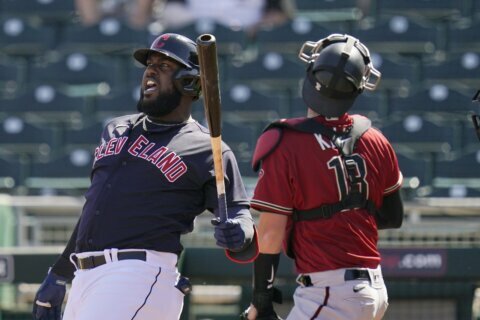