Rich Hill is frank when he talks about why he’s excited to join the Tampa Bay Rays. “The opportunity to…
Listen now to WTOP News WTOP.com | Alexa | Google Home | WTOP App | 103.5 FM

Rich Hill is frank when he talks about why he’s excited to join the Tampa Bay Rays.

“The opportunity to win — and win now,” the 40-year-old left-hander, who’s chasing a World Series championship that’s eluded him during a major league career that spans portions of 16 seasons with nine other teams, said.

“Once you’ve been there a couple of times and fallen short, it kind of becomes an obsession,” Hill added. “You want to get back there and finish it.”

The defending AL champion Rays came within two victories of winning it all during the pandemic-shortened 2020 season.

Hill helped the Los Angeles Dodgers win NL pennants before losing the World Series in 2017 and 2018.

Now, the lefty who finished last year as the oldest active pitcher in the majors hopes he can help his newest team — and himself — get over the hump as part of a rotation Tampa Bay is revamping after trading left-hander Blake Snell and declining an option on veteran right-hander Charlie Morton.

Hill spent last season with Minnesota, going 2-2 with a 3.03 ERA in eight starts while helping the Twins make the playoffs, where they were swept in the wild-card round. The Rays gave him a $2.5 million, one-year contract that was announced Wednesday,

“He has been a quality, impactful pitcher when he’s taken the ball the last several years. That’s something we expect to continue,” Rays general manager Erik Neander said.

“He’s an A-plus competitor,” the GM added. “He’s a winner, and he’s been on winning clubs and in winning atmospheres, and has played a huge part in that.”

Since joining Boston as a 35-year-old following a stint in independent ball in 2015, Hill has gone 43-22 with a 2.92 ERA in 94 major league starts and one relief appearance with the Red Sox, Athletics, Dodgers and Twins.

He also brings playoff experience to the Rays, compiling a 3.06 ERA over 13 career postseason appearances, including 12 starts.

“Performance-wise, he’s been a pretty special pitcher when he’s healthy. It’s our job, along with his, to get him healthy, get him up to speed and let him go do his thing,” manager Kevin Cash said. “We know what he’s capable of. He knows what makes him good.”

The 43-year-old Cash and Hill were teammates in Boston late in the manager’s playing career. They also worked together in 2013 while Hill was a reliever for Cleveland and Cash was the Indians bullpen coach.

Although Cash envisions Hill being a part of Tampa Bay’s rotation, it’s conceivable the lefty potentially could be asked to fill other roles as the manager explores more creative ways to cover innings during a pandemic.

Hill feels he has plenty to offer and simply wants to do his part.

“I always talk about intensity and passion, and you’ve got to have those things to go out there and compete,” Hill added. “I wouldn’t be doing this at going into age 41 if I didn’t have both of those things.” 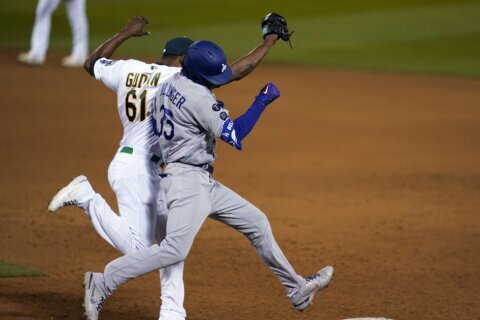 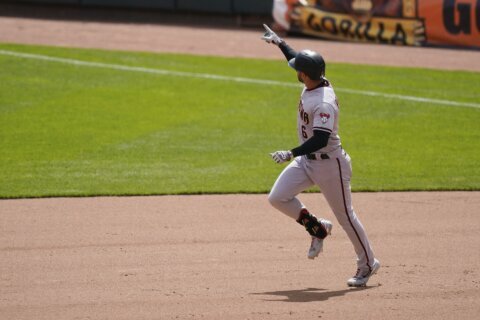 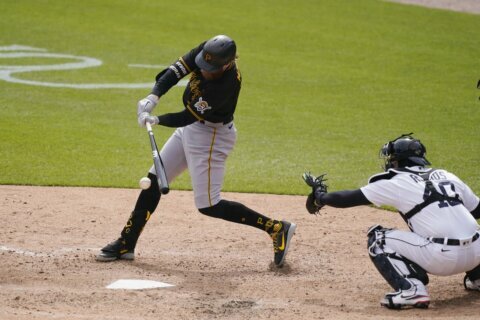