BOSTON (AP) — Dustin Pedroia, the undersized and over-achieving second baseman who spurred the Boston Red Sox to a pair of World Series victories with his grit and a third, after a knee injury effectively ended his career, with his mouth, has retired.

Pedroia, 37, was the AL Rookie of the Year in 2007 and the MVP in his second season but has played in only nine games in three seasons since since a spikes-high slide by then-Orioles shortstop Manny Machado took out his knee in 2017.

He was the longest-tenured player on the Red Sox roster and the only holdover from the 2007 championship team.

“I never took one play off, from Little League on,” Pedroia said on a videoconference with reporters on Monday after acknowledging he would not be able to return, despite six surgeries that included a pandemic-delayed partial knee replacement in December. “At some point, you can’t play anymore. And this is the time.”

A four-time All-Star and four-time Gold Glove winner, Pedroia batted .299 with 140 homers and 725 RBIs in a 17-year career, all with the Red Sox. He is the only player ever to earn Rookie of the Year, Gold Glove and MVP awards along with a World Series championship in his first two full seasons; only nine other players have accomplished those feats in their entire career.

“He was the ultimate team player,” said Terry Francona, the current Cleveland manager and Pedroia’s manager and cribbage opponent for six seasons. “He always seemed to save his very best plays for the most important time of the game. He seemed to will himself at times to lead us to victory. It is impossible to spend any amount of time with him and not become close to him. He just has that type of personality.”

Despite hitting a home run that year in his first World Series at-bat, he was went unrecognized when the Series shifted to Denver and told the Coors Field security guard: “I’m the guy who took Jeff Francis onto the Mass Pike. How’s that?”

“I was always the first person on the field because I needed to be,” Pedroia said on Monday. “I had to learn from everybody.”

But his work ethic was topped only by his confidence.

After he was picked 65th overall in the 2004 draft, team President Sam Kennedy said, Pedroia ditched the usual deference in his first conversation with then-general manager Theo Epstein and said: “Bro! What took you so long?”

Although his teammates called him “Pedey,” befitting his mischievous little brother personality, Pedroia himself gravitated toward another nickname: “Laser Show,” for the line drives he sprayed around the ballpark.

Longtime Red Sox designated hitter David Ortiz said Pedroia was the player he would buy a ticket to see.

“He played with a little chip on his shoulder,” Ortiz said. “The one thing I learned for sure was that this was not about size. This was about heart. He was the whole package.”

Pedroia made 11 consecutive opening day starts for the Red Sox, second in franchise history only to Carl Yastrzemski. But his career effectively ended early in the 2017 season when Machado slid into second base to break up a double play.

“It sucks,” Machado said in 2019. “Obviously, he could down as one of the greatest Red Sox to play this game.”

Asked about the play on Monday, Pedroia said he was at peace with it.

“I’m not upset about anything any more,” he told reporters. “There was a slim chance at a double play, and there was one guy on planet earth who could turn it. And you’re looking at him.”

Pedroia managed to play in 105 games that year but had surgery afterward; he admitted to rushing back in 2018, when he lasted only three games before going back on the injured list. The Red Sox won a franchise-record 108 games on their way to the World Series.

Unable to play, Pedroia moved into the role of elder statesman. “He’s the heart and soul of this team,” infielder Brock Holt said before the start of the Series.

Boston won in five games. Pedroia said he was better able to enjoy the ’18 Series because he didn’t have to focus on playing.

“We had a lot of young guys and at that time it was my job to help them come along and teach them things I was taught when I was a young player,” he said. “I hope I did enough and set the right example in the city of Boston.”

In 2019, Pedroia played just six games. He continued to speak of a comeback before having what the Red Sox said was a “significant setback” in the offseason.

Pedroia, who did not play at all in the pandemic-shortened 2020 season, is owed $12 million for 2021 as the final season in an eight-year, $110 million deal that also has deferred payments remaining through 2027.

He wouldn’t rule out a future in coaching.

“I’ll be in the game somehow. I’m always going to be around,” he said. “I’m always here for everybody in the Red Sox organization.”

But for now, his son has a flag football practice he will be helping with.

“I don’t want to miss a thing in their life,” Pedroia said. “They deserve that.” 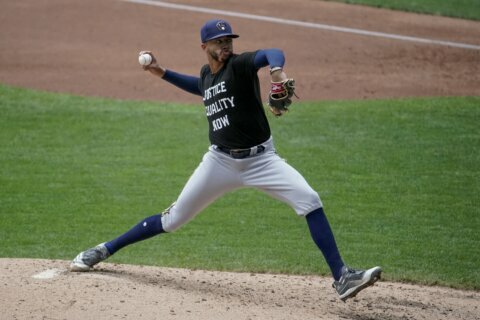 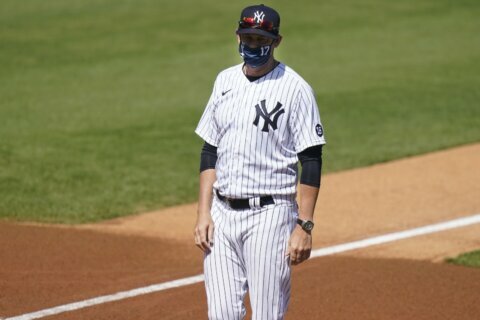