He’ll get plenty of chances now that he’s with the San Diego Padres, who in the span of a few weeks in the offseason remade their roster into one they believe can contend for the World Series title.

To do that, they’ll have to get past the Dodgers, the eight-time NL West champions who swept the Padres out of the Division Series last fall before eventually winning the World Series against Snell and the Tampa Bay Rays.

“I know how the rivalry’s been. I know it’s been a little feisty lately, which I’m here for all of that,” Snell said during a teleconference Wednesday, when pitchers and catchers reported to spring training in Peoria, Arizona. “I’m looking forward to all of that and hopefully it puts us on the winning side more than not.”

The last time Snell was in a Rays uniform, he had a 1-0 lead against the Dodgers in Game 6 of the World Series before being pulled by manager Kevin Cash. The Rays went on to lose the game and the World Series.

The left-hander was traded to the Padres in late December in one of three blockbuster offseason trades made by general manager A.J. Preller to rebuild an injury-ravaged rotation.

Snell is excited to face the Dodgers, even if means facing Mookie Betts again, something he didn’t have to do last season after the Red Sox dealt the 2018 AL MVP to the Dodgers.

“I said a while ago when Boston traded Mookie, I was super excited, thank you Boston, so now I got to face Mookie even more,” Snell said. “I’m taking my thank you back. I’m not thanking Boston anymore. I’m excited. It’ll be fun. I’m really looking forward to the challenge of their lineup. They’re a good team. I’ll be able to face them and compete with myself. I’m going to try to be the best I can be. That team is going to do a lot of things to make me an even better pitcher.

Snell should get his first crack against the Dodgers during a series in San Diego on April 16-18.

The Padres obtained Snell, the 2018 AL Cy Young Award winner, and Yu Darvish, who finished second in the NL Cy Young balloting in 2020 with the Chicago Cubs, in the span of about 24 hours in late December. They then traded for Joe Musgrove, a San Diego native, in mid-January. All three have experience pitching in the World Series, although only Musgrove won a ring, with Houston in 2017.

“It’s cool,” Snell said. “I want both teams to be the best they can be. The Padres started quick; we threw some haymakers quick and the Dodgers followed with some big haymakers as well. It’s exciting. It’s what baseball should be about. Make the best team you can possibly make, do everything you can to win. I feel both the teams are doing so. It’s going to be a fun series that everyone around the world is going to watch. That’s what it’s about.”

Although he hasn’t met all his new teammates, Snell said “the confidence, the swag people are walking with, that’s very important already just to start with that. I think there’s a lot here. I’ve just got to sit down and watch and learn to see how they do things here.”

Anchored by a star-studded infield with SS Fernando Tatis Jr. and 3B Manny Machado, San Diego ended a 13-year playoff drought and won a first-round series against St. Louis last season before losing to the Dodgers in the NLDS.

“We’ve got to master ourselves and we’ve got to master our game and we can’t worry about things on the outside,” Tingler said. “We feel we’ve got enough talent in the room. But we feel if we’re preparing, we’re concentrating, we’re working hard, if we can stay focused on playing our brand of baseball, we feel good about where the outcome could be.” 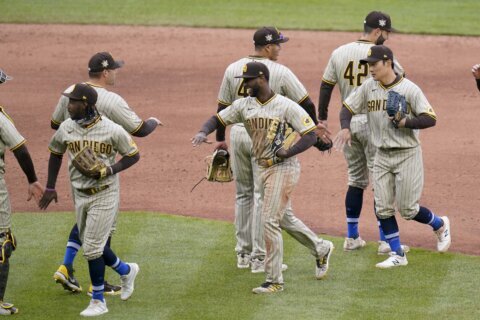 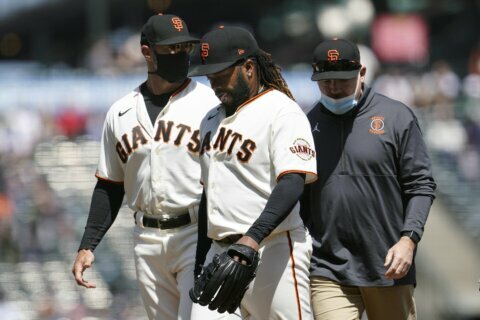 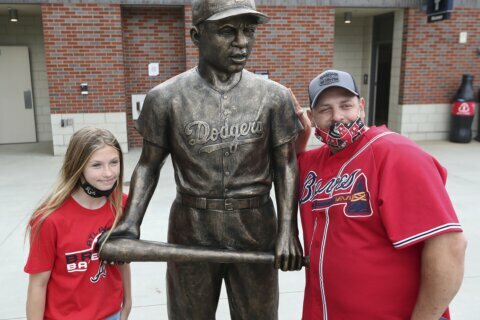