After missing most of last season with medical issues, Francona recently underwent surgery to remove a staph infection in his left big toe, the latest medical setback for the two-time World Series winner.

The 61-year-old Francona spent 10 days in the hospital after doctors excised the infection. Francona, who only managed 14 games for Cleveland last season due to poor health, will be on antibiotics for several more weeks and is hobbling around training camp in crutches.

“I’m in a boot. I wasn’t all that mobile to begin with, so it’s not necessarily really killing my mobility,” Francona joked on a Zoom call from Goodyear, Arizona. “It’s more a pain in the neck.”

Francona had been feeling better and working out after a personally rough 2020 when he developed gout in December. He had been exercising regularly and playing golf before the pain in his foot became too much.

He returned to Ohio and went to the Cleveland Clinic, where he had been admitted several times last year to address a gastrointestinal problem as well as blood-clotting issues. Doctors then discovered the staph infection, which can be very serious.

“I still have my toe,” said Francona, entering his ninth season with the Indians. “They just went in and took out some of the bone that was infected and they replaced that with some cement. I guess the cement oozes like antibiotics and I’m also getting the IV antibiotics.

“After another three weeks, I think it’s March 7, I’ll be done with the antibiotics, I’ll be able to start getting off of the crutches a little bit and then they’ll see how I’m doing as far as, did the staph go away completely, and they’ll look at it again.”

Francona is getting the antibiotics through an IV in his right arm. He cracked that for the foreseeable future pitching coach Carl Willis will have to make any mound visits in spring games.

He been dealing with stomach problems for months, but when they worsened in August, he was forced to step aside. First base coach Sandy Alomar Jr. took over managing duties for Francona, who underwent several surgeries and ended up in intensive care when his blood wouldn’t clot properly.

Francona, who won two titles in 2004 and 2007 with the Boston Red Sox, contemplated retirement but was determined to come back in 2021.

On Thursday, Indians president of baseball operations Chris Antonetti said he never considered that Francona might not be back this season.

“The thing that’s always and will continue to be most important for me is Tito’s overall health and well-being, physically and mentally,” Antonetti said. “And to the extent him performing his job got in the way of that, it would warrant a conversation. But I think we have tried to work with Tito to understand where he is physically and how do we help him do what he loves doing and that’s manage this baseball team.

“And I know he is beyond excited to get going and get going on this season. He’s in a good frame of mind.”

Francona is indeed excited about this season as the Indians, who went 35-25 and made the wild-card round with Alomar running the club last season, try to stay competitive after trading All-Star shortstop Francisco Lindor.

Although not in the shape he’d like to be in, Francona is grateful to still doing what he loves most.

He still has that spark, though at times it takes him a little longer to find it.

“There have been nights when I’ve been lying around and I’ve had to give myself a little kick in the pants,” he said. “I have some people who are pretty close to me, even several guys in the game of baseball that are dealing with things that are really serious. This is more of a pain in the neck. I need to realize that.

“That’s what I always get to. There are some mornings — in the shower — it’s hard. I have to put a big bag over my leg. I have to cover this arm. It’s aggravating, but that’s all it is, aggravating. I think I have to remind myself that sometimes.” 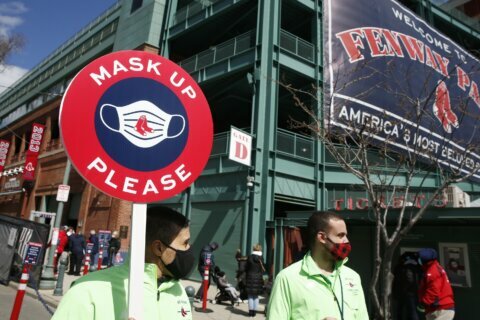 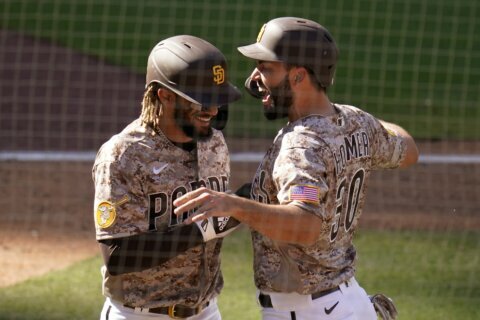