ARLINGTON, Texas (AP) — Right-hander Joe Gatto agreed to a one-year contract on Thursday with the Texas Rangers, who brought back outfielder Scott Heineman with a one-year deal just one day after allowing him to become a free agent.

The 25-year-old Gatto was selected by the Angels with the 53rd overall pick in the second round of the 2014 amateur draft. He made two appearances during spring training this year and did not pitch after the coronavirus shutdown. He has a 28-31 record with a 4.80 ERA in 86 starts and 36 relief appearances in the minors and has never appeared in the major leagues.

Heineman, who turns 28 on Friday, hit .154 with one homer and seven RBIs for the Rangers this year. He has a .189 average with three homers and 14 RBIs over 49 games in two seasons. 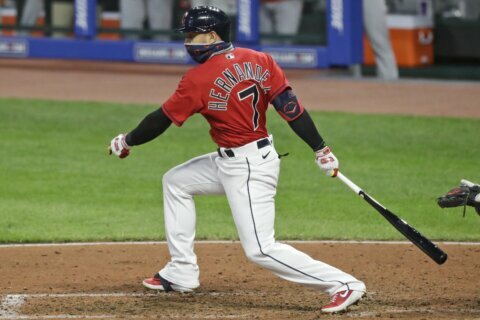