Dave Dombrowski wants to win again sooner rather than later.

The longtime executive moved to Nashville, Tennessee, in September as a consultant for Music City Baseball but found out this week that expansion won’t be entertained for more than a year at least. So he finalized a deal Friday to become the Philadelphia Phillies’ president of baseball operations, convinced the team is not far from its first World Series title since 2008.

“I consider a retool, not a rebuild for sure,” Dombrowski said. “There’s too many good players on the club.”

He views the Phillies as “sort of a sleeping giant because they’ve got a big market. And they’ve got a good, solid owner that wants to spend money to win.”

“It’s the passionate East Coast baseball city, right? Quick to boo if things don’t work, but great to cheer,” he said. “So there’s a lot of upside potential. But then I will also say that over the last handful, half a dozen years, whatever it is, you sort of scratch your head and say, ‘Gee, I wonder why they’re not winning?’”

“I know John wants to win. We have flexibility of finances,” Dombrowski said. “But when I say that, I don’t think it’s unlimited amount of funds. You always realize there’s some type of budget attached to that. We will work within that. But we’re also more, we want to win this year.”

Recognizable for his silver hair and ever-present smile, Dombrowski led teams to division titles in seven of his last nine seasons. He became Boston’s president of baseball operations in August 2015 and celebrated in 2018 when the Red Sox set a club record with 108 wins and beat the Los Angeles Dodgers in the World Series for their fourth title in 15 seasons.

He was fired in September 2019 with a 76-67 record. His salary ran through October 2020, and he spurned interviews with several clubs that reached out this fall.

Phillies president Andy MacPhail called again Saturday, and Dombrowski said he was told of the nebulous expansion timetable by MLB on Monday and Tuesday.

Dombrowski spoke with Middleton for an hour on Tuesday, then again on Wednesday.

“It was John reaching out and really trying to make me part of the Phillies organization,” Dombrowski said. “I feel very comfortable with him. I’ve known him throughout the years. He has a great reputation. I think he’s a great owner. Wants to win.”

Now 64, Dombrowski started work in 1977 on his thesis at Western Michigan’s Lee Honors College: “The General Manager, ‘The Man in the Middle.’” He took a job with the Chicago White Sox the following year, joined Montreal as director of player development for the 1987 season and became the Expos’ GM in July 1988. He moved on to the expansion Marlins as GM in September 1991 and switch to Detroit’s president in November 2002. When he was fired by the Tigers, he was hired by the Red Sox just two weeks later.

Philadelphia finished third in the NL East at 28-32 in the pandemic-shortened season, losing seven of its last eight and winding up one game back for the NL’s second wild card. The Phillies missed the postseason for the ninth consecutive year, and Matt Klentak was reassigned after five seasons as general manager.

In an industry crushed by the pandemic, Philadelphia had the 12th-highest payroll at a prorated $64.5 million as of Aug. 1. A person familiar with the Phillies’ finances told The Associated Press the team lost $145 million during the shortened season played without fans.

“I wouldn’t expect it to be at that same amount just last year,” Dombrowski said of the payroll. “There’s flexibility to do things. But I think we’ll look at each and every move in an intelligent fashion.

“I don’t look at this as a situation where we’re one player away from winning,” he added. “I think we need to do a few things with this team. And I really don’t want to be sacrificing people that might be part of our future success for short-term gains if it’s not the difference maker.”

Dombrowski probably will hire a GM underneath him but won’t commit 100%. Klentak will have some yet-to-be-defined role, and Dombrowski plans to consult with senior adviser Pat Gillick, who engineered the team’s last title as GM from 2006-09. Dombrowski views Girardi as “a championship type of manager, and that’s what you look to have in every position. So we’re fortunate.”

He would like to bring back catcher JT Realmuto, who is a free agent, but isn’t sure where negotiations will lead.

Dombrowski’s team-building philosophy tends more toward traditional than avant-garde, though he has accepted some of the recent changes.

“I’m a little old fashioned,” he said. “I still like our starters to give us six-to-seven innings,” though he does believe in pitch limits. He is against trends toward pull hitting, values offense from his middle infielders and center fielders more than he used to, and is convinced bullpen depth is more important than ever, though he believes in a specified closer.

Dombrowski was infected with the novel coronavirus about a month ago — “It was not an easy couple of weeks” — and does not plan on going to the office in the near-term because no one is.

“I guess right now it’s a Zoom world,” he said. 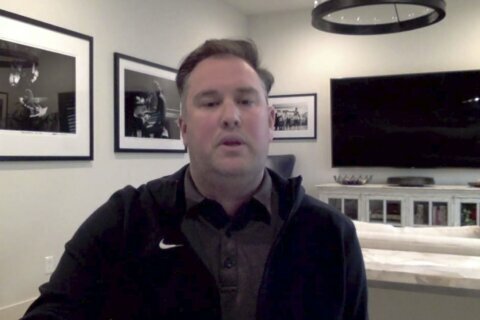 Mets fire Porter after 38 days for explicit texts in 2016 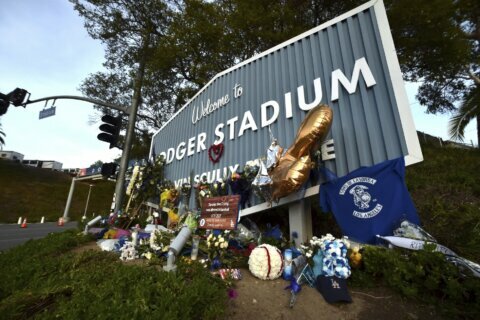